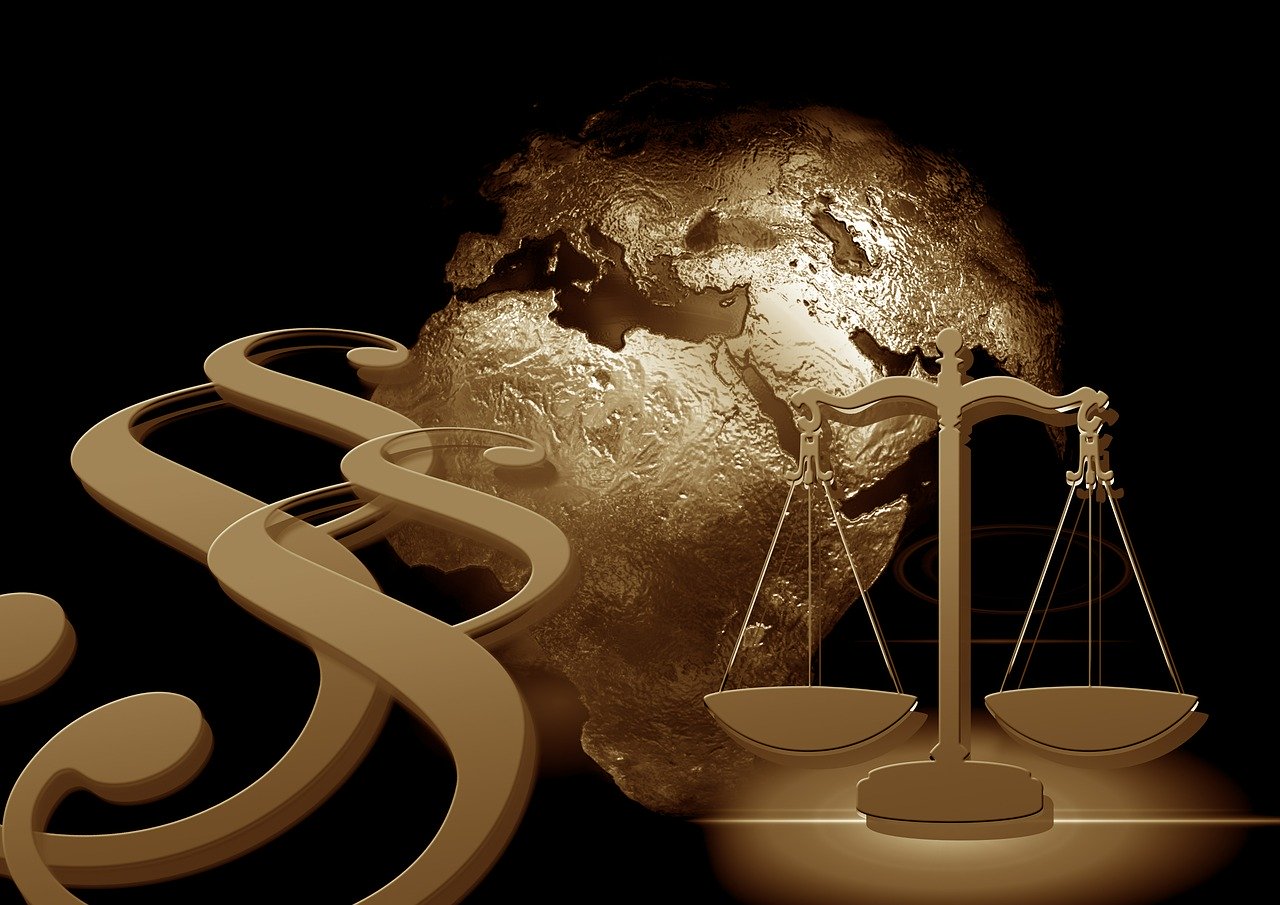 In a noteworthy endorsement of international arbitration March 30, 2020, the U.S. Court of Appeals for the Fourth Circuit issued what may be the second watershed decision within six months in the use of 28 U.S.C. § 1782, “Assistance to foreign and international tribunals and to litigants before such tribunals”. The Fourth Circuit panel reversed the district court to rule that section 1782(a) may be employed to obtain testimony and other evidence in aid of private arbitration held outside the United States.[i]

The Fourth Circuit aligned itself with the September 2019 decision by the Sixth Circuit, Abdul Latif Jameel Transp. Co. v. FedEx Corp (In re Application to Obtain Discovery for Use in Foreign Proceedings),[ii] also reversing the district court to rule that private arbitration panels are a “foreign or international tribunal” for purposes of section 1782(a). The potential impact of these and other recent decisions on international arbitration directly or indirectly involving U.S. parties cannot be overstated.

The history of this issue is important to understanding these decisions’ significance. First, in the 1990’s two influential circuits, the Second Circuit in National Broadcasting Company, Inc. v. Bear Sterns & Co., Inc.[iii], and the Fifth Circuit in Republic of Kazakhstan v. Biedermann International[iv], ruled that private arbitration bodies are not “tribunals” as that term is used in section 1782(a); therefore, section 1782(a) is unavailable in aid of a foreign, private arbitration. Those decisions were called into question in 2004 by the United States Supreme Court’s decision in Intel Corp v. Advanced Micro Devices, Inc.[v], in which Advanced Micro Devices had filed an antitrust complaint against Intel with the Directorate-General for Competition of the Commission of the European Communities. AMD then sought to use section 1782(a) to compel Intel to turn over documents potentially relevant to AMD’s complaint. Along the way to the Supreme Court, the European Commission made clear it neither needed nor wanted the aid of a U.S. court. Justice Ginsburg, relying on the long history of Congressional enactments to provide federal court assistance to foreign tribunals, wrote the majority opinion giving the statute a generous reading and providing additional guidance on its application.

In Intel Corp., the Supreme Court ruled that:

After the Intel Corp. decision, the Fifth Circuit reaffirmed its position[vi] and district courts have been sharply divided about whether international private arbitration is within the scope of section 1782(a).[vii]  In Servotronics, Inc., the Fourth Circuit held that a private arbitration panel in the United Kingdom, which is empowered and regulated by the U.K. Arbitration Act of 1996, is a tribunal within the definition of section 1782(a). The court reasoned in part that “[e]ven to a greater degree than arbitration in the United States, UK arbitrations are sanctioned, regulated and overseen by the government and its courts…”; therefore, an arbitration panel is “a product of “government-conferred authority….”  The Sixth Circuit relied heavily on analysis of the statute’s text and usage of “tribunal” in ordinary and legal usage.

Like the Supreme Court in Intel Corp., the Fourth and Sixth Circuit panels rejected a “parade of horribles” predicted to follow from their decisions. The courts were not concerned use of section 1782(a) in aid of private arbitration would broaden the scope of discovery such that it would frustrate the streamlining advantages of arbitration or give foreign companies an unfair discovery advantage over U.S. companies that may be unable to obtain evidence abroad in countries without a section 1782(a) analog.

The Fourth and Sixth Circuit panels reiterated one critical message of Intel Corp.: section 1782(a) is not designed automatically to provide discovery in the U.S. style, or any aid at all. The statute authorizes, but does not require a district court to “function in the stead of a foreign tribunal” and the two circuit courts assume district courts will exercise discretion employing a range of factors to decide both whether to provide assistance and how to craft any appropriate assistance. The two circuit panels declined to provide material guidance on what factors are relevant and how they might be weighed. However, Intel Corp. provides some useful guidance in dicta. A court may consider, among other factors, (i) the nature of the foreign tribunal, (ii) the character of proceedings abroad, (iii) the receptivity of a foreign government, court, or other tribunal to U.S. judicial assistance, (iv) the intrusive or burdensomeness of the requested aid, (v) issues of “parity among adversaries in litigation”, and (vi) whether the request “conceals an attempt to circumvent foreign proof-gathering limits or other policies of a foreign country or the United States”. Intel Corp., 542 U.S. at 262-66; 124 S. Ct. at 2482-84; 159 L. Ed. 2d at 376-79.

Two U.S. courts of appeal have now held private arbitration is a “foreign or international tribunal” within the meaning of section 1782(a); two circuits have gone the other way and the two district courts issuing rulings so far in 2020 have split. Obviously, the issue is not yet settled,[viii] and this issue may be on the way to the Supreme Court. However, the practical impact of the Sixth and Fourth circuit rulings on international arbitration, particularly those brought by and against U.S. parties, could be dramatic. How the federal courts exercise their discretion—leaning toward a Federal Rules discovery model or defaulting to a stricter model in facilitating the gather of evidence cannot be predicted with certainty, but one can reasonably assume district courts will be reluctant to open the doors of Federal Rules discovery to parties interested in foreign arbitrations. Even with a limited scope, having the federal courts as a forum for gathering evidence will have a potentially transformative impact on much international arbitration. The very limited discovery permitted in virtually all civil jurisdictions, and when contrasted to the U.S., in most common law jurisdictions, makes the availability of U.S. federal courts a dramatically more significant development than increased availability to discovery in civil law jurisdictions.

The most recent statistics available from the International Chamber of Commerce provide a glimpse into the scale of international arbitration that may now lead to cases in U.S. federal courts. The U.S. ranks first in the number of parties in ICC arbitrations, followed by France, Brazil, Spain, Germany, Italy, Mexico, the U.A.E., the U.K. and Turkey in the top ten. The aggregate value of all ICC disputes pending at year end 2018 was $203 billion with an average value in dispute of $131 million and a median of $10 million.[ix] Proceedings of this size will easily justify litigation in the federal courts to gather or fight discovery of evidence.

The availability of the U.S. federal courts for obtaining evidence, particularly third party testimony and documents, will predictably expand the evidence available to the benefit and detriment of the arbitrants—more evidence will be more easily obtained, but cost, complexity, and time required to reach a result will rise in parallel. A federal judge in the Section 1782(a) proceeding may have as much of an impact on the progress of the arbitration and the evidence heard as do the arbitrators.

Access to section 1782(a) may make international arbitration more attractive to U.S. parties, who are accustomed to the much more generous discovery offered in the U.S. compared to Europe and Latin America, for example. On the other hand, increased access to evidence from the U.S. should increase efforts to obtain evidence from the U.S. parent of a foreign subsidiary engaged in arbitration outside the U.S., which U.S. companies may seek to avoid. For example, in Abdul Latif Jameel Transp. Co. v. FedEx Corp., the petitioner in two arbitrations against FedEx International Inc. sought evidence from parent FedEx Corp.

The impact of section 1782(a) on arbitration is made even greater by the potential reach of section 1782(a). In October 2019, the Second Circuit ruled in In re del Valle Ruiz[x] that the requirement a person from whom discovery is sought "resides or is found" within the district “extends §1782’s reach to the limits of personal jurisdiction consistent with due process”.[xi] The Second Circuit also followed the Eleventh Circuit on the extraterritorial scope of the discovery, ruling there is no per se bar to extraterritorial application of the statute, meaning documents located outside of the U.S. are subject to compelled disclosure.[xii] With the potential to compel disclosure from parties outside the U.S. so long as they are within the jurisdiction of the U.S. court and to compel production of information from outside the U.S., section 1782(a) becomes a potent tool in private international arbitration.

Just when a party or other interested person to an arbitration can obtain access to the federal courts will also have a material effect on international arbitration. At least in theory, the flexibility of Section 1782(a) allows parties at the time of making a first arbitration demand, and before, to file in federal court to obtain evidence even before arbitrators are selected, terms of reference are finalized, and arbitrators put a management order in place. There may be a “race to the courthouse” mindset that develops during arbitrable international disputes who might want evidence from the U.S. Success or failure in getting early access to a federal court to permit the gathering of evidence can materially affect whether the proceeding is progresses beyond the demand state, when, how it progresses, and under what theories.

The availability of Section 1782(a) may compel arbitrators to exercise more control over the parties’ efforts to gather evidence in order to prevent Section 1782(a) from swallowing the arbitral discovery process. There may be cases with inconsistent rulings from the federal court and the arbitration panel with little precedent available on how to resolve the conflicting rulings.

A person may not be compelled to give his testimony or statement or to produce a document or other thing in violation of any legally applicable privilege.

[xii] Id. 939 F.3d at 531-33 (no per se bar to required production of documents abroad, but location is a factor to be considered in the court’s discretion), citing, Sergeeva v. Tripleton Int'l Ltd., 834 F.3d 1194 (11th Cir. 2016)(extending discovery to documents within party’s control, being "the legal right to obtain the documents requested upon demand," including documents outside the U.S.).