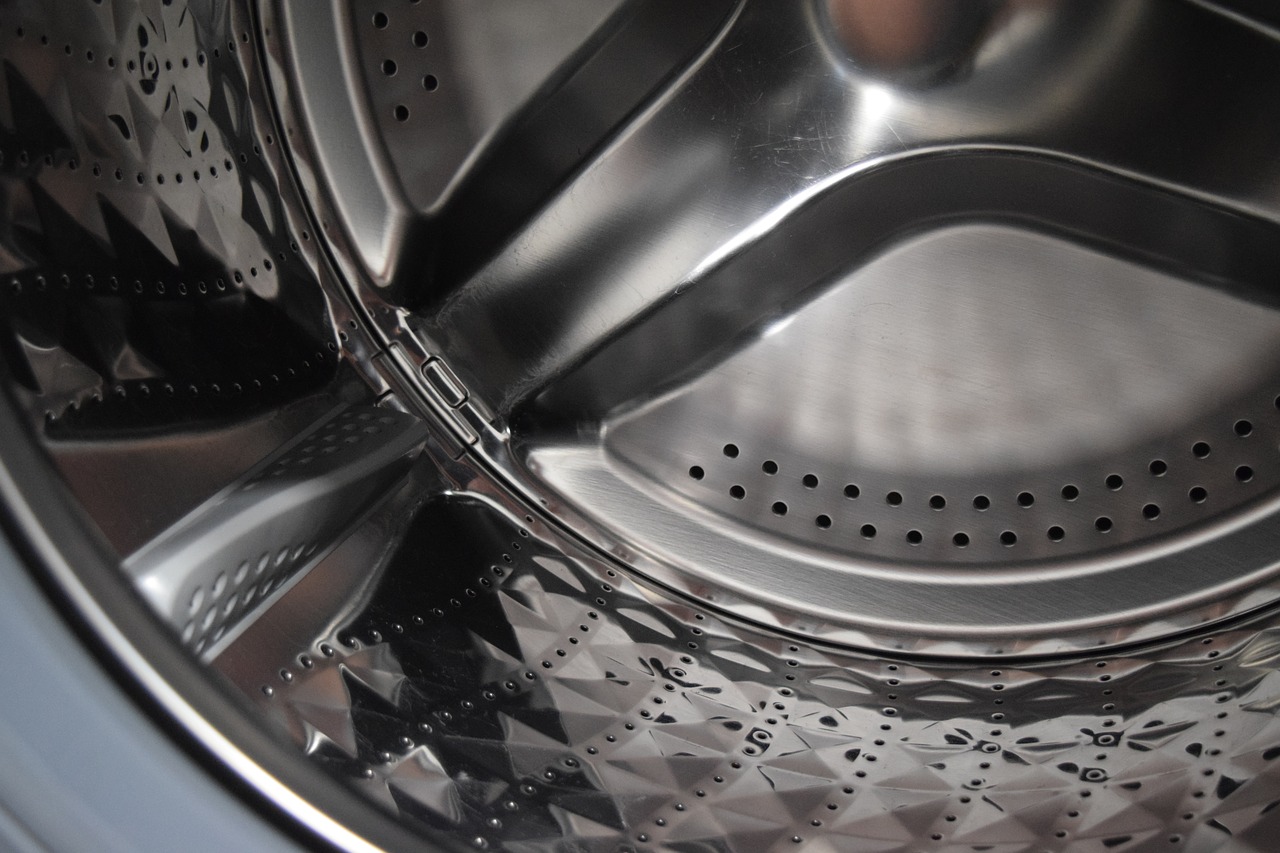 A Look at Class Certification through the Lens of In re: Whirlpool Corp. Front-Loading Washer Products Liability Litigation: Finding Commonality & Predominance Despite Comcast and Dukes
September 27, 2013  By: Anthony "Tony" T. Lathrop

Several opinions issued by the U.S. Supreme Court during the past few years have made it more difficult for plaintiffs to obtain class certification.  Despite the hurdles erected by the Supreme Court’s recent opinion in Wal-Mart Stores, Inc. v. Dukes, 131 S. Ct. 2541 (2011) which has been seen to raise the bar for establishing the commonality necessary to obtain class certification, and Comcast Corp. v. Behrend, 569 U.S. ___, 133 S. Ct. 1426 (2013) which addressed the class certification predominance requirement, cases like In re: Whirlpool Corp. Front-Loading Washer Products Liability Litig., 722 F.3d 838 (6th Cir. 2013) remind us that plaintiffs often prevail on motions for class certification in the lower courts.  In Whirlpool, Ohio State residents filed a class action based on alleged design defects in front-loading washing machines that they claim caused mold and mildew growth, ruining laundry and making their homes smell.  There were four different models of machines purchased by the class which evidence established (1) were designed using two different platforms, (2) underwent dozens of design changes, and (3) represented twenty-one models over nine design years.  Whirlpool presented evidence that the incidence of mold growth was rare, most of the washer owners did not experience the mold growth, and that consumers' laundry habits and experiences with the machines were diverse.  Yet, the Sixth Circuit held, for a second time, that there were sufficient questions common to the class and that questions common to the class predominated over individual determinations.  In 2012, the Sixth Circuit upheld the District Court’s decision to certify a class for purposes of determining liability and to leave damages to individual determinations.  On April 1, 2013, the U.S. Supreme Court granted Whirlpool’s writ for petition of certiorari, vacated the Sixth Circuit’s prior decision, and remanded the matter for further consideration in light of Comcast – a procedure referred to as a “GVR” (grant, vacate, and remand).  On remand, the Sixth Circuit upheld the District Court’s certification decision again, reasoning that Comcast was distinguishable from the case before it and did not alter its analysis, but rather supported its conclusion to uphold the certification of a liability class.  We will look at the Sixth Circuit’s reasoning for concluding that this case warrants the certification of a liability class, although it seems to present a myriad of issues requiring individual determination.

Comcast and the GVR order: A Distinction in the Certification of a Liability Class.  As we discussed in a previous post, the Supreme Court issued what appeared to be a relatively narrow decision in Comcast, ultimately holding that the certification of a class in that case was improper because the damages model offered by plaintiffs’ expert could not isolate a measure of damages attributable to the only viable theory of liability, and therefore damages couldn’t be established on a class wide basis.  The Comcast decision was criticized by the dissent as being “good for this case and day only,” but was the Supreme Court’s GVR of Whirlpool an indication that Comcast should reach farther than the circumstances of that case?  According to the Sixth Circuit, the GVR order was not an indication that Comcast should alter the Whirlpool decision:  “our law is clear that a GVR order does not necessarily imply that the Supreme Court has in mind a different result in the case, nor does it suggest that our prior decision was erroneous. The GVR order is not equivalent to reversal on the merits, nor is it ‘an invitation to reverse.’"  Moreover, the Sixth Circuit noted Comcast’s limited applicability, given that Whirlpool deals with only a liability class:

This case is different from Comcast Corp. Here the district court certified only a liability class and reserved all issues concerning damages for individual determination; in Comcast Corp. the court certified a class to determine both liability and damages. Where determinations on liability and damages have been bifurcated, the decision in Comcast--to reject certification of a liability and damages class because plaintiffs failed to establish that damages could be measured on a classwide basis--has limited application. To the extent that Comcast Corp. reaffirms the settled rule that liability issues relating to injury must be susceptible of proof on a classwide basis to meet the predominance standard, our opinion thoroughly demonstrates why that requirement is met in this case.

The Sixth Circuit not only determined that Comcast does not compel a different outcome in Whirlpool, but the court found support in the Comcast decision for upholding the certification of the liability class based on “straightforward,” “black letter” law:

The majority in Comcast Corp. concludes that the case "turns on the straightforward application of class certification principles," and the dissent concurs that "the opinion breaks no new ground on the standard for certifying a class action under Federal Rule of Civil Procedure 23(b)(3)." The dissent notes other class action principles that remain unchanged. "[W]hen adjudication of questions of liability common to the class will achieve economies of time and expense, the predominance standard is generally satisfied even if damages are not provable in the aggregate."  A class may be divided into subclasses or, as happened in this case, "a class may be certified for liability purposes only, leaving individual damages calculations to subsequent proceedings."  Because "[r]ecognition that individual damages calculations do not preclude class certification under Rule 23(b)(3) is well nigh universal," in "the mine run of cases, it remains the 'black letter rule' that a class may obtain certification under Rule 23(b)(3) when liability questions common to the class predominate over damages questions unique to class members."

(citations omitted).  The Sixth Circuit proclaimed that Comcast is one of the Supreme Court’s recent cases that “seals our conviction” that the predominance (and superiority) requirement is met in Whirlpool.

Finding Commonality Amid the Apparent Dissimilarities.  Even if Comcast does not compel a different outcome under the predominance analysis, the question remained – where is the commonality on the liability question, given the vast differences in washer models, consumer laundry habits, and consumer experiences with the alleged mold damage?  The Sixth Circuit “start[ed] from the premise that there need be only one common question to certify a class,” and found that “the district court identified two primary questions that will produce in one stroke answers that are central to the validity of the plaintiffs' legal claims: (1) whether the alleged design defects in the Duets proximately cause mold or mildew to develop in the machines and (2) whether Whirlpool adequately warned consumers who purchased Duets about the propensity for mold growth in the machines.”  In finding that these questions were common, the court looked beyond the apparent differences and looked at what the evidence illuminated about the actual extent of those differences.

With respect to the twenty-one different washer models, the Court concluded that “the common question of whether design defects cause mold growth remains across the manufacturing spectrum Whirlpool describes,” because “Plaintiffs' evidence…confirms that the two platforms are nearly identical, the design issues concerned various models, and most of the differences in models were related to aesthetics, not design. Whether the alleged design defects caused biofilm and mold to accumulate in the Duets is a common issue for all members of the certified class.”  The court also found that the varied laundry habits of the class members did not destroy commonality, given that “the mold problem occurred despite variations in consumer laundry habits and despite remedial efforts undertaken by consumers and service technicians to ameliorate the mold problem. Plaintiffs' expert…opined that consumer habits and home environments could influence the amount of biofilm in the Duets, but those factors are not the underlying cause of biofilm.”  According to the Sixth Circuit, even the fact that all class members did not experience the mold problem did not destroy commonality “[b]ecause all Duet owners were injured at the point of sale upon paying a premium price for the Duets as designed, even those owners who have not experienced a mold problem are properly included within the certified class.”  The court noted that the analysis to determine damages for each class member already was left to individual determination by the certification of a liability class only.  In concluding that the class certification standards were met, the Sixth Circuit commended the District Court’s efforts to review and consider the evidence presented during class certification and found its inquiry into the merits appropriate and sufficient to meet the rigorous analysis required by Dukes.

Defendants must continue to illuminate potential distinctions among class members to press the commonality question during class certification.  But, given the understanding from Dukes that an inquiry into the evidence and merits during class certification is proper and required, the court’s resulting rigorous analysis may unveil that the distinctions are, arguably, distinctions without a difference.  Despite the Sixth Circuit’s conviction that certification of a liability class in this case is proper and its assertion that “Whirlpool should welcome class certification” at the prospect of a favorable judgment binding the class members, the certification of a class is not to be taken lightly or welcomed by most defendants.  We will look for the Supreme Court’s view on Whirlpool, in light of Dukes and Comcast, on its next trip to the High Court.