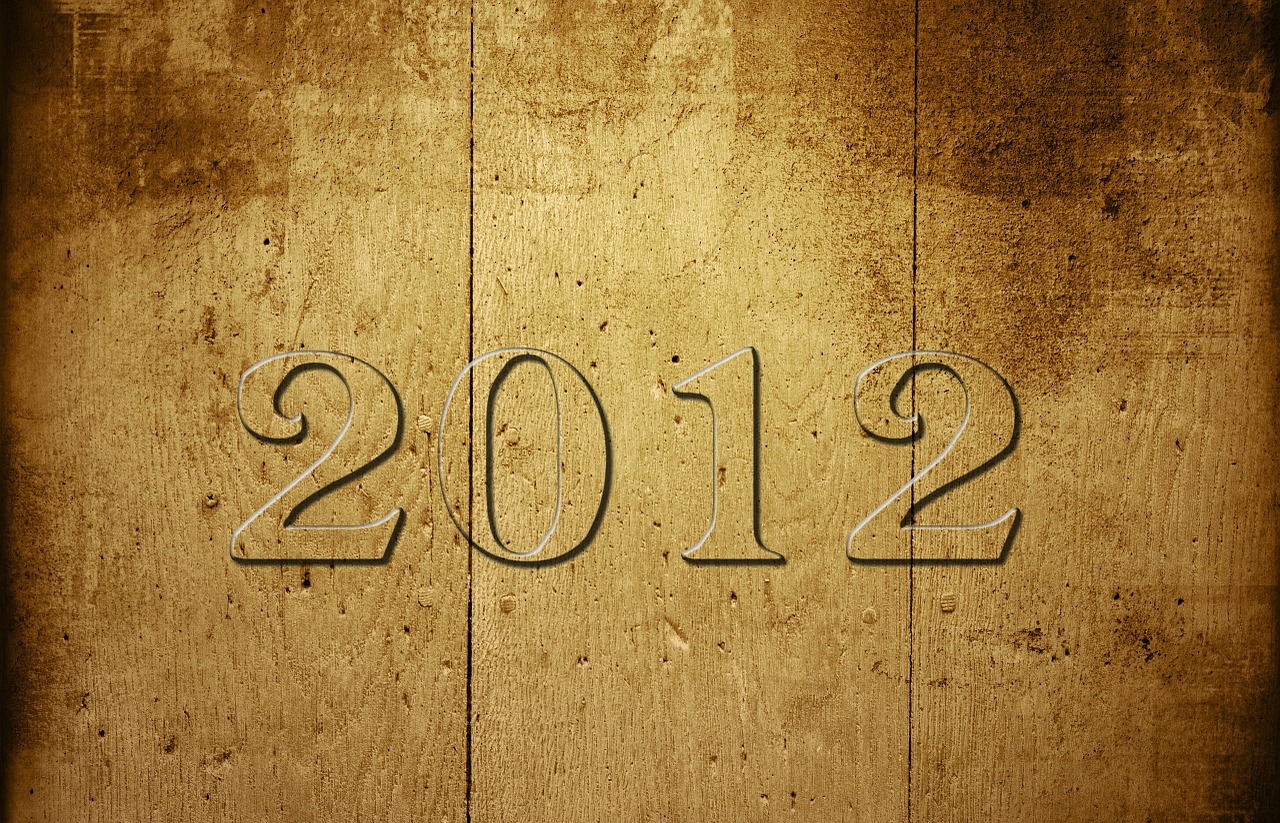 A Year in the Life of Arbitration and Class Action Litigation: An Update on Significant Developments in 2012
December 5, 2012  By: Anthony "Tony" T. Lathrop

This year we have followed significant developments affecting class action litigation and the force of arbitration agreements.  Many of these developments can be traced to the U.S. Supreme Court’s April 2011 decision regarding class arbitration waivers in AT&T Mobility LLC v. Concepcion, 131 S.Ct. 1740 (2011), while others stem from broader issues related to requirements for certification of class actions, federal/state law preemption, and the viability of arbitration as an alternative forum for dispute resolution.  We have explored the enforceability of class arbitration waivers in the context of employment-related claims (here) and federal antitrust claims (here and here ), whether the vindication of rights doctrine can preclude the arbitration of federal claims based upon prohibitive costs of arbitration (here and here), and whether the vindication of rights doctrine is applicable to state law claims (here, here, here, and here). We also have considered the applicability of Daubert v. Merrell Dow Pharmaceuticals, Inc., 509 U.S. 579, 113 S. Ct. 2786 (1993) and the depth of analysis courts should apply to expert evidence offered at the class certification stage (here).  And we recently discussed plaintiffs’ attempts to avoid federal jurisdiction under the Class Action Fairness Act of 2005 (“CAFA”) (here, here, and here), and whether states can categorically prohibit the arbitration of claims seeking public injunctions (here, here, and here).  So, where are we now that the end of the year is upon us?  In this slightly extended post, we will examine how these issues have progressed in the significant cases that we have discussed throughout the year.

Arbitration of Public Injunctions – Preemption & the Vindication of Rights Doctrine.  Next week, on December 11th, Kilgore v. Keybank Nat’l Ass’n, No. 3:08-CV-02958-THE (N.D.Cal.) will be heard before an en banc panel of the Ninth Circuit Court of Appeals.  The court will hear not only from the parties, but also from amicus curiae the Chamber of Commerce of the United States of America.  Counsel for the Chamber, Andrew J. Pincus, argued the Concepcion case before the U.S. Supreme Court, and will argue before the Ninth Circuit in support of the defendant’s position that Concepcion requires the preemption of California’s Broughton-Cruz Rule which prohibits the arbitration of cases seeking public injunctions.  According to the Chamber, “[t]his case should be neither close nor difficult. California has sought to put claims for so-called public injunctions off-limits to arbitration. Yet, as the Supreme Court consistently has held, ‘[w]hen state law prohibits outright the arbitration of a particular type of claim, the analysis is straightforward: The conflicting rule is displaced by the FAA.’ AT&T Mobility LLC v. Concepcion, 131 S. Ct. 1740, 1747 (2011).” Among the many arguments supporting its position, the Chamber urges that the vindication of rights doctrine relied upon by the plaintiffs is not applicable to state law claims, as “a court’s determination that Plaintiffs must have a judicial forum in order to vindicate their state statutory rights is no more permissible under the FAA than a state legislature’s declaration that the claim should be non-arbitrable as a matter of state public policy.”  Moreover, even if the doctrine were applicable to state claims, plaintiffs’ “public-injunction claim is neither necessary nor intended to vindicate their own rights; rather, a public injunction is premised upon the rights of third parties who could bring their own legal actions but have not done so.”  Will the Ninth Circuit en banc panel perceive Kilgore to be as simple and straightforward as KeyBank and the Chamber urge?

Class Arbitration Waivers & the Vindication of Rights Doctrine.  Earlier this year, we asked whether the U.S. Supreme Court would answer the call to revisit the class arbitration waiver.  Indeed it has.  On November 9th, the Court granted certiorari to review the decision of the Second Circuit Court of Appeals in Italian Colors Rest. v. Am. Express Travel Related Servs. Co., 667 F.3d 204 (2d Cir. 2012)(“Amex”), which raises several issues regarding the viability of class arbitration waivers and the vindication of rights doctrine.  Does Concepcion control in cases like Amex where federal claims are at issue, since there is no question of state law preemption as there was in Concepcion?  Is a prohibitively costly arbitration sufficient grounds to invalidate a class arbitration waiver?  The Second Circuit disregarded Concepcion and invalidated the class arbitration waiver based on the vindication of rights doctrine as articulated in Green Tree Financial Corp.-Alabama v. Randolph, 531 U.S. 79 (2000), because “the cost of plaintiffs’ individually arbitrating their dispute with Amex would be prohibitive, effectively depriving plaintiffs of the statutory protections of the antitrust laws.”  Lower courts have disagreed as to whether Green Tree has any applicability post-Concepcion and if it does, to what extent.  The question certified by the Supreme Court: “Whether the Federal Arbitration Act permits courts, invoking the ‘federal substantive law of arbitrability,’ to invalidate arbitration agreements on the ground that they do not permit class arbitration of a federal-law claim.”

In the Courts of Appeal questions regarding the viability of class arbitration waivers and the application of the vindication of rights doctrine in the employment context continue to move towards resolution.  On November 7th, the Second Circuit heard argument in Chen-Oster v. Goldman, Sachs & Co, No. 10 Civ. 6950, 2011 WL 2671813 (S.D.N.Y. July 7, 2011), which probes whether the vindication of rights doctrine  precludes Title VII pattern or practice discrimination claims from being subjected to class arbitration waivers.  The Magistrate Judge in Chen-Oster decided that Title VII creates a substantive pattern or practice cause of action for private individuals that can only be brought as a class action, and therefore, a class arbitration waiver that prevents the arbitration or litigation of pattern or practice discrimination claims is unenforceable.  The briefing of the parties framed several questions for the Second Circuit to resolve, including:  Can the lower court’s decision stand despite the fact that Congress amended Title VII to expressly encourage arbitration?  Does Concepcion require enforcement of the class arbitration waiver in this case or is Concepcion inapplicable and easily reconciled with the lower court’s decision?  Are pattern or practice actions reserved solely for the government under Title VII, Section 707? Are pattern or practice allegations asserted in private actions merely a method of proof to facilitate class action trials of Title VII claims or is a pattern or practice claim its own substantive branch of Title VII law for private individuals?  Is a statutory right one that appears only within the statutory text or do claims and defenses developed by courts count when considering whether a substantive right exists under a statute?  Can the FAA be displaced by inferring substantive rights from judicial decisions or must there be a congressional mandate via statutory text or legislative history?

And the case that started our year with a controversial decision regarding class arbitration waivers is still under consideration by the Fifth Circuit Court of Appeals.  In January 2012, the National Labor Relations Board in D. R. Horton, Inc. and Michael Cuda, Case 12–CA–25764, 357 NLRB No. 184 (Jan. 3, 2012) ruled that class arbitration waivers in individual employment contracts were unenforceable because the National Labor Relations Act provides a substantive right to proceed collectively with respect to employment issues.  The defendant maintains that the NLRB’s decision is erroneous on many grounds, including that the majority of courts (including the U.S. Supreme Court), have held that litigants do not have substantive rights to procedures to adjudicate claims collectively and such procedures may be waived.  Defendant also argues that the NLRB has no authority to grant employees substantive rights to access class procedures, asserting that “prior to the panel’s decision, neither the [NLRB] nor any court had ever held employees possess a substantive right under the NLRA to those procedures.”  Briefing in D.R. Horton was completed at the end of October, with no hearing currently scheduled.

Daubert & Expert Analysis During Class Certification. On November 5th, the U.S. Supreme Court heard oral arguments in the appeal from the Third Circuit’s decision in Behrend, et al. v. Comcast Corp. et al., 655 F.3d 182 (3rd Cir. 2011), which probes whether, and to what extent, Daubert is applicable at the class certification stage.  Interestingly, the parties in Behrend seem to agree that Daubert applies during class certification, but what exactly that means is the question for the high court.  The appellee concedes that “[i]f a court relies on expert testimony as the basis for determining that trial of the merits on a class basis can generate common answers, the competence and reliability of the expert testimony are properly before the court at the time of the certification decision. And if the district court is confronted with a well-presented motion to strike an expert's report as inadmissible on Daubert grounds, then that court must resolve whether the report could be admitted even if the subject of the report overlaps with the ultimate merits of the case.”  But appellee goes on to qualify its concession arguing that “context matters….the Daubert question before the court at the class certification stage differs from the one it must answer under Daubert at trial.” A cert. petition also has been filed in In re: Zurn Pex Plumbing Products Liability Litigation, 644 F.3d 604 (8th Cir. 2011) (S.Ct. Docket No. 11-740), which similarly raises questions regarding Daubert’s applicability during class certification.  The briefing schedule on the Zurn cert. petition has been extended multiple times and the deadline for the response to the cert. petition recently was extended until mid-December.

The Line-Up for 2013.  While 2012 has not witnessed the final resolution of any of these issues, we are much closer to answers from the U.S. Supreme Court on critical questions regarding the reach of Concepcion and the application of class arbitration waivers to federal claims, the viability of a vindication of rights doctrine based on Green Tree, the analysis of expert evidence at the class certification stage, and securing federal jurisdiction over class actions under CAFA.  Next year will begin with argument on January 7, 2013 before the U.S. Supreme Court in Standard Fire Insurance Co. v. Knowles (S.Ct. No. 11-1450), which addresses plaintiffs’ attempts to evade federal jurisdiction of class actions under CAFA by stipulating to seek class damages under the $5 million jurisdictional threshold.  We can expect a ruling from the Court in Behrend and argument in Amex fairly early in the year.  And can there be any doubt that Kilgore also will find its way quickly to the steps of the U.S. Supreme Court, given the tension between state public policy and the federal interests served by the FAA that lies at the heart of the case?  Or that we are sure to see petitions before the Supreme Court seeking resolution of the questions raised by Chen-Oster and D.R. Horton regarding the enforceability of class arbitration waivers and the applicability of the vindication of rights doctrine in the employment context?  With these cases ongoing, we have a line-up of what to watch in the Supreme Court for the early part of the year.  It is likely that 2013 will prove to be another groundbreaking year in the areas of class action litigation and the federal law favoring arbitration.