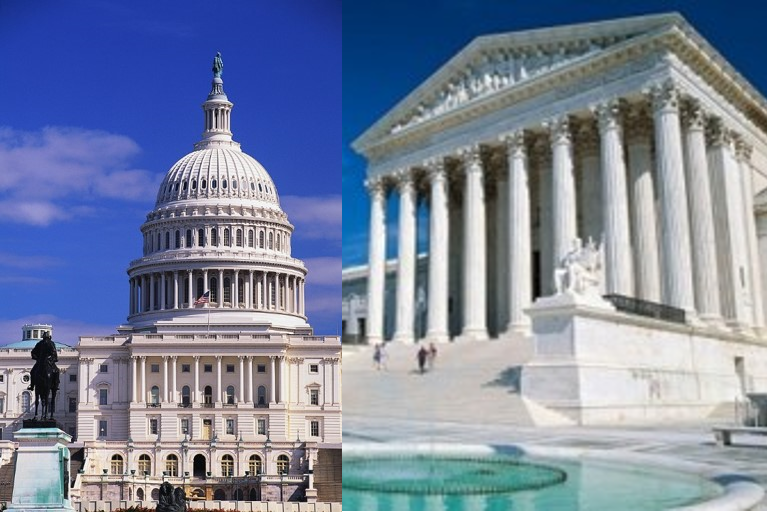 Patent litigation reform has been on the U.S. House Judiciary Committee agenda, with the recent reintroduction of legislation seeking to address patent litigation abuses and a hearing examining recent U.S. Supreme Court cases that have imposed some reforms that may, or may not, curtail the need for further legislative efforts.  In February, Chairman of the Judiciary Committee Rep. Rob Goodlatte reintroduced the bi-partisan Innovation Act, H.R. 9, which is the same in substance as the previous Innovation Act, H.R. 3309 that passed the House in December 2013, but ultimately failed to garner enough Senate support.  The Innovation Act seeks to rein in abusive patent litigation tactics by imposing stricter requirements for initiating lawsuits, providing a means for the efficient and cost-effective resolution of valid claims, and providing disincentives for extortive practices and the pursuit of frivolous claims.  But, to what extent is legislative action required or desirable as a remedy for what ails the patent system?  Have recent court decisions effected enough change to the patent litigation landscape?  These questions prompted the Judiciary Committee’s Subcommittee on Courts, Intellectual Property, and the Internet to hold a hearing, “Examining Recent Supreme Court Cases in the Patent Arena,” to foster dialogue regarding the impact of several key High Court decisions with representatives from the Intellectual Property Owners Association, the National Venture Capital Association, and corporate in-house and outside patent counsel.  We hit the highlights.  You can view the hearing and access witness testimony here.

Query whether the Innovation Act is necessary in light of judicial developments through recent U.S. Supreme Court patent cases?  Chairman Goodlatte stressed his belief that the Innovation Act is required to address certain issues that the courts cannot: “though I believe that the Court has taken several positive steps in the right direction, their decisions can’t take the place of a clear, updated and modernized statute. In fact, many of the provisions in the Innovation Act do not necessarily lend themselves to being solved by case law, but by actual law – Congressional legislation.”  There are several key components to the Innovation Act that are aimed at tightening the requirements for initiating patent litigation, discouraging extortion of settlements based on invalid patents, and discouraging the filing of frivolous lawsuits.  In particular, the Innovation Act will:

Another case pending before the Supreme Court, Commil USA v. Cisco Systems, Inc. (No. 13-896), will address whether or not there is a good-faith defense to induced infringement claims.  You can read our previous post on Commil.

Witnesses presented varying viewpoints regarding the utility and necessity of the Innovation Act in light of these cases.  Witness testimony revealed that the volume of patent disputes is high.  Last year witnessed the third highest number of patent suits ever filed (>5,000) and, combined with administrative disputes, the second highest number of new patent disputes (>6,600) in history.  Presenting the stats differently, however, some witnesses showed that the number of cases filed in 2014 actually had dropped by 18% from 2013, giving possible credit to the Supreme Court’s recent decisions and administrative developments.  An additional concern that was discussed is the exorbitant cost to companies defending against these claims.  But, this concern also had two sides.  Testimony showed that discovery costs are nearly 62% more in intellectual property cases than in others and are usually borne exclusively by defendants in cases brought by patent assertion entities.  Yet, the National Venture Capital Association raised concerns regarding the Act’s impact on innovation by emerging companies and other small companies, stating that the legislation would make it more risky and expensive for these companies to enforce their legitimate patents or defend against litigation brought by larger incumbent competitors.

Some witnesses noted that while the Supreme Court’s decisions will make progress towards stymying abusive litigation, the impact of some decisions is not necessarily clear and legislation is needed to address key issues that the Court has not addressed.  The key outstanding issues identified include:  (1) addressing asymmetries in litigation costs, including reducing the expense and burden of discovery; (2) requiring a patentee to initially disclose which claims of a patent it is asserting; (3) requiring a patentee to also disclose which of defendants’ products are accused of infringement and how the products allegedly infringe the patents, and (4) making fee-shifting a default rather than an exception.  Witnesses did note that proposed amendments to the Federal Rules of Civil Procedure that will become effective December 1, 2015 if adopted will address some of these issues by heightening the pleading standards for patent infringement cases and eliminating Form 18 currently used in patent suits.  The National Venture Capital Association also expressed its concern that the Innovation Act will chill investments in patent intensive companies, thereby ultimately stifling innovation.  The ultimate balance to be struck: deterring abusive litigation tactics while not penalizing patent owners for enforcing their legitimate rights.