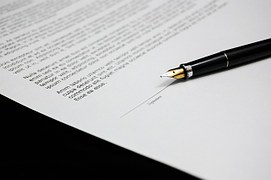 Has Cy Pres Gone Too Far: U.S. Supreme Court to Consider When Class Action Plaintiffs Get Nothing, but Their Lawyers and Charities Cash-In Via Plaintiffs’ Settlement
July 2018  By: Anthony "Tony" T. Lathrop

There has been a lot of discussion surrounding class action litigation over the course of the last several years. The U.S. Supreme Court has tackled a variety of issues ranging from the use of class action waivers in arbitration agreements to whether class action plaintiffs can base claims solely on statutory damages when they have suffered no concrete injury themselves. The use of class waivers in arbitration agreements, in particular, has been front and center with the Consumer Financial Protection Bureau’s (CFPB) arbitration study declaring that class waivers were detrimental to plaintiffs and the National Labor Relations Board (NLRB) asserting that class waivers in employment agreements violated the National Labor Relations Act (NLRA) by depriving employees of the right to act in concert to seek redress related to their employment. At the heart of many of the arguments against allowing agreements in which plaintiffs give up access to class action litigation in court in favor of individual arbitration was the notion that the class action mechanism is necessary for plaintiffs to be able to seek redress, especially those with small individual claims, due to the costs and difficulties of pursing their claims on an individual basis. Indeed, the CFPB’s arbitration study declared that “these arbitration clauses restrict consumer relief in disputes with financial companies by limiting class actions that provide millions of dollars in redress each year.” But, what is the value of the class action mechanism if no redress is provided to plaintiffs at all? Is the class action about providing a remedy to plaintiffs or is it just about getting the defendant company to pay something to someone…or has it evolved simply into a mechanism for plaintiffs’ attorneys to collect fees?

These are questions facing the U.S. Supreme Court since it recently granted the petition for certiorari review in Frank v. Gaos, (No. 17-961), which probes the limits on the use of the cy pres doctrine in the context of class action settlements to distribute damages paid by a defendant company to entities other than the plaintiff class. The use of cy pres in class action settlements was the subject of potential changes to the federal rule of civil procedure that governs class actions, but ultimately the issue was put on hold for the current round of proposed amendments under consideration. In Gaos, the High Court will tackle cy pres in the extreme case – a cy pres-only settlement in which the terms of the agreement called for distribution of all funds paid by the defendant directly to charitable organizations and plaintiffs’ attorneys (in the form of attorneys’ fees) and there was no attempt at all to distribute any funds to the plaintiff class.

What becomes of the arguments proclaiming the paramount importance of preserving plaintiffs’ access to the class action mechanism in a case like Gaos? These arguments have failed to take root in the context of cases where class action plaintiffs actually would recover damages. Notably, the U.S. Congress swiftly nullified the CFPB’s rule that banned class action waivers and the Supreme Court just overruled the NLRB and held that class waivers in employment agreements must be enforced. For defendant companies, the reality is that settling a class action for a “reasonable” sum, even if it is meritless, often makes sense given the risks of proceeding with costly litigation and high potential exposure. The outcome of Gaos may help or hurt companies in this regard. So, it will be interesting to see what the Supreme Court will do with the opportunity to draw boundaries for the use of cy pres and to curb class actions further via Gaos.

Straight to Cy Pres, Do Not Pass Go: Plaintiffs vs. Class Counsel

The idea behind applying the cy pres doctrine in the context of class actions was that in circumstances where funds paid by a defendant remained unclaimed by the plaintiff class, the funds could be redistributed to other organizations whose purpose or mission was closely aligned with the issues raised by the case instead of them being returned to the defendant. In so doing, the notion was that the plaintiffs were being indirectly compensated and defendants were still properly incentivized or deterred by their standing liability. In Gaos, however, the settlement was drafted to award the funds paid by defendant directly to class counsel in the form of a fee award and to six organizations, not to the plaintiff class members.

Named plaintiffs filed a class action on behalf of Google internet search users due to the company disclosing their search terms to third-party websites through a particular mechanism known as referral headers. Plaintiffs made several claims, including for fraud and violation of the federal Stored Communications Act, 18 U.S.C. § 2707(c), which allows statutory damages of at least $1,000 per violation. The putative class consisted of nearly 129 million individuals who had used the search engine over an eight-year period. Google reached a settlement with plaintiffs under the terms of which the company would pay $8.5 million into a fund and revise its Frequently Asked Questions online to explain the company’s use of referral headers. The company explicitly was not required to change its practices and it would obtain a release of privacy-related claims from the class members. Class counsels’ attorneys’ fee award, which ultimately amounted to $2.125 million, was to be paid out of the settlement fund. The remaining approximate $5.3 million in the fund was to be paid directly to six organizations that “agree to devote the funds to promote public awareness and education, and/or to support research, development, and initiatives, related to protecting privacy on the Internet,” several of which were the alma maters of class counsel and/or organizations that the defendant already provided with charitable donations. No funds were to be distributed to the putative class members, other than small incentive awards to named plaintiffs.

The petitioners were members of the putative class who objected to the cy pres-only settlement, which the trial court and Ninth Circuit Court of Appeals ultimately approved and upheld. Petitioners argued that the settlement could not be “fair, reasonable, or adequate” when there was no attempt to even compensate the class members and cy pres was used to compensate class counsel and other conflicted entities at the expense of class members. The lower courts, however, rejected their arguments and found that the infeasibility of compensating the class due to the low value of individual claims justified the cy pres settlement. Chief Justice Roberts in a case several years ago identified several concerns raised by the use of cy pres for class action settlements, including:

Petitioners in Gaos urge that “[w]here cy pres can be used to facilitate an early settlement, with a full fee award, class counsel have every incentive to sell their putative clients down the river. And Defendants, facing no resistance from class counsel, use cy pres awards to structure settlements to minimize costs or even benefit themselves.” The Supreme Court granted cert. to consider the following question presented: “Whether, or in what circumstances, a cy pres award of class action proceeds that provides no direct relief to class members supports class certification and comports with the requirement that a settlement binding class members must be ‘fair, reasonable, and adequate.’”

The settlement in Gaos was limited to $8.5 million, which ultimately amounted to an estimated $0.04 per plaintiff due to class counsels’ fee being paid from the fund and the enormous size of the defined class. Having the opportunity to dispose of this case with such limited exposure was certainly beneficial to the defendant company, which is why it is a respondent seeking to uphold the settlement in this case. However, if the Supreme Court were to declare that the factors presented in Gaos that made it “infeasible” to compensate plaintiffs and arguably justified the cy pres-only arrangement actually are justification for denying the viability of a class action lawsuit in the first instance, then defendant companies would be sitting in an even stronger position at the pre-class certification negotiating table.

Indeed, Respondent Google proffered an alternative question presented to the High Court that raised not only the propriety of approving cy pres-only settlements, but also the propriety of granting certification to a class who can allege no concrete injury at all and where providing relief to the purported class of plaintiffs isn’t even possible:

Whether this Court should review the determination of the two courts below that it was infeasible to distribute $5.3 million in settlement funds to 129 million class members who had been unable to plead any concrete injury resulting from the challenged feature of Internet searches, so that the district court acted within its discretion in approving the settlement’s cy pres awards to six organizations with established Internet privacy programs.

This question highlighted the pressure that defendant companies facing large class actions are under to settle even meritless claims early in litigation. And Google delved deeper into this issue in its brief opposing the petition for certiorari:

This case is unusually well-suited to a cy pres remedy because no class member appears to have been actually harmed by the challenged practices—as two district judges concluded in dismissing most of plaintiffs’ claims. The case would have gone forward, if at all, based on the remote (and now-obsolete) prospect of obtaining a statutory damages award despite the absence of concrete injury. When this case settled, Ninth Circuit law permitted uninjured plaintiffs to pursue statutory damages, but this Court’s decision in Spokeo, Inc. v. Robins, 136 S. Ct. 1540 (2016), has since eliminated that risk. It is telling that neither petitioners, nor the usual suspects joining them as amici, engage with the obscure and hypertechnical claims, and lack of injury, in this case.

As the standards of the courts of appeals reflect, parties should have the flexibility to compromise cases like this one that limp past the pleadings stage yet still pose a risk of huge liability based on uncertain substantive law at the time of settlement….both courts below found that it would be infeasible to pay directly a “unique[ly]” enormous class that “potentially covers all internet users in the United States”….given a class size of 129 million individuals and statutory damages of $1,000 (18 U.S.C. § 2707(c)), even the highly remote possibility of class-wide liability in a litigated class action at the time of settlement justified a compromise resolution of the case.

Cy pres does not mean “where the case is meritless,” but should it be available as a release valve to protect defendant companies against the risk of significant liability in large, meritless class actions? Query how or whether the High Court will directly address this issue in its consideration of Gaos. Petitioner’s brief on the merits was to be filed by July 9th and Respondents’ briefs on the merits are to be filed by August 29th. We will keep you posted on developments.