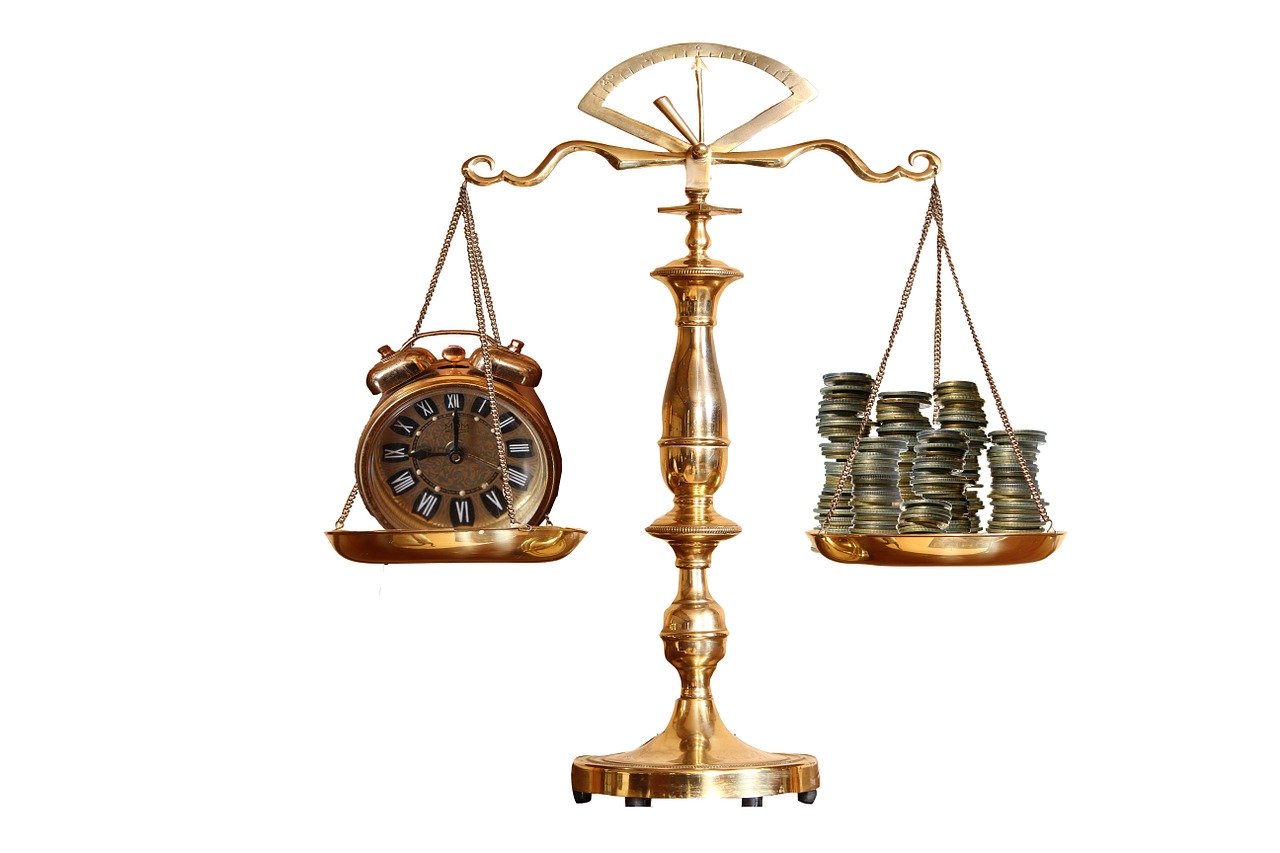 Class actions challenging corporate merger transactions often result in settlement agreements in which the only remedy obtained by the plaintiff class is the company defendants’ additional disclosure of information related to the merger. These “disclosure-only” settlements have proliferated in recent years, drawing criticism, in part, due to questions regarding the materiality of any additional disclosures that are obtained and the broad release of claims that the corporate defendants typically receive in exchange for the disclosures. The Delaware Chancery Court heightened its standard for approving such settlements in In re Trulia, Inc. Stockholder Litig., 129 A.3d 884 (Del. Ch. 2016), and last year the North Carolina Business Court put the Bar on notice that a more exacting examination of disclosure-only settlements and related attorneys’ fees may be on the horizon in North Carolina based on Trulia. A year later, the North Carolina Business Court acknowledged and discussed the call for the state’s courts to address Trulia when it approved the disclosure-only settlement in In re Krispy Kreme Doughnuts S'holder Litig., 2018 NCBC 1, 2018 NCBC LEXIS 1 (Jan 2, 2018) [“Krispy Kreme I”]. And in a recent separate opinion, the Business Court drastically reduced the related attorneys’ fee award and denied expenses altogether, reminding the bar that they were expressly warned that this scrutiny of fees was coming. We highlight the key components of the court’s fee award decision in In re Krispy Kreme Doughnuts, Inc. S’holder Litig., 2018 NCBC 58. (June 20, 2018) [“Krispy Kreme II”].

The Path to Krispy Kreme II

The class action claims at issue in Krispy Kreme were filed following the company’s announcement of a merger with JAB Beech, Inc.. The parties settled the matter with an agreement for Krispy Kreme to provide a supplemental proxy with additional disclosures prior to the shareholder vote in exchange for a release of the Plaintiffs’ merger-related claims. Defendants recognized that Plaintiffs’ counsel were entitled to reasonable attorneys’ fees and expenses, subject to the court’s approval. And the settlement was in no way dependent upon a fee award. Because the settlement was not contingent upon a fee award, the Krispy Kreme I court deemed it appropriate to “conduct separate inquiries as to the ‘give’ and the ‘get’ for each.” For substantive settlement terms, the court described the "get" as the value of the supplemental disclosures and the "give" as the scope of the release encompassed by the settlement. For a fee request, the "give" is the amount to be paid to class counsel. The court approved the settlement, because the supplemental disclosures were “sufficiently material” to be considered fair and adequate consideration for the scope of the class release. The court postponed determination of any fee award pending the submission of additional information from Plaintiffs’ counsel, warning that it is “less reluctant to exercise a more searching inquiry” when examining a fee request than when deciding a motion for settlement approval.

Plaintiffs’ counsel filed what it believed to be a reduced and reasonable request for $350,000 in attorneys’ fees and expenses. Noting that thirty attorneys from twelve firms had billed just over 700 hours on the case (826 hours by the time the supplemental information on fees was filed), Plaintiffs’ counsel estimated a lodestar of $458,911.75 for the 700 hours based on their normal rates (and $533,038.00 for the 826 hours). Ultimately, the court found a reasonable amount of fees was only $150,000 and that Plaintiffs’ counsel reasonably incurred expenses of $19,531.76.

The Krispy Kreme II decision makes it clear that Plaintiffs and their counsel need to assess their strategy and investment in litigating merger-related class actions carefully, as we noted after the Business Court’s first warning that it may scrutinize disclosure-only settlements more closely. For instance, they must weigh whether to use out-of-state counsel in North Carolina courts and whether to challenge a pending merger at all if the only possible remedy would be additional disclosures that are questionably material. The Krispy Kreme II court determined that it was unnecessary for out-of-state counsel to litigate the case at the much higher rates that prevail in those markets. North Carolina counsel litigates similar complex commercial matters with average rates of $250-$475, the court stated. Therefore, the “relevant inquiry” before the court was “whether the supplemental disclosures, even if sufficiently material to constitute consideration for the Settlement, are of such obvious value to justify a fee resulting in an implied rate at the high end of the range for legal services for class actions in North Carolina.” A case involving a disclosure-only settlement could support a presumption that fees should fall on the low end of the spectrum, the court opined. Although it noted there may be a case where supplemental disclosures obtained through the lawsuit are obviously material in that they have a “more immediate and apparent positive effect on a shareholder’s casting an informed vote,” thereby supporting higher fees for the higher value disclosures. The disclosures obtained in this case, however, were neither valueless as an objector claimed, nor obviously material as plaintiffs urged. The court found that the disclosures supported a lower end rate of $300 per hour.

The Krispy Kreme II court also closely scrutinized the terms of plaintiffs’ fee agreements with their counsel and the nuances of how work was performed amongst the many firms involved to determine the propriety of any fee and expense awards in this case. Finding unjustified duplication of efforts at the various firms, the court “exclude[d] unnecessary duplication, inefficiencies, or other efforts not directed to litigation before this Court.” The court determined that Plaintiffs’ counsel reasonably spent a total of 500 hours on the case instead of the 700 billed up to the filing of the motion for settlement approval. The court further determined that Plaintiffs’ contingent fee arrangements technically violated the Revised Rules of Professional Conduct of the North Carolina State Bar (RPC), because they did not state the percentage of any award that counsel would be paid. Nonetheless, the court held that a fee award was permissible and violated no public policy because it was subject to court approval and to be paid by defendants. With respect to expenses, however, the court found that the fee agreements violate the public policy underlying RPC rule 1.8(e), which governs financial arrangements between lawyers and clients for the advance of litigation costs.  According to RPC 1.8(e), counsel may not completely relieve a client of the responsibility to pay expenses of litigation from the start, and the fee agreements in Krispy Kreme II expressly conveyed that the clients would never have to pay for attorneys’ fees or expenses. The court “conclude[d] that the violation of RPC 1.8(e) offends the public policy on which the rule is based and should bar Plaintiffs’ Counsel from recovering any of the expenses of the litigation, even if those expenses would be paid by Defendants.”

Following Krispy Kreme II, companies facing class actions in North Carolina have more assurance that the Business Court will disincentivize Plaintiffs’ counsel from challenging pending merger transactions. They can take some solace in the fact that plaintiffs’ counsel is less likely to file frivolous litigation if their fees are less likely to be approved under the heightened standard. The inability to collect attorneys’ fees at the desired level in North Carolina may even make disclosure-only class actions less attractive to out-of-state plaintiffs’ attorneys. There is a flip side of the enhanced scrutiny coin though – the more narrowly tailored releases companies will need to agree to for a settlement to get approval may leave them exposed to potential litigation that formerly could be disposed of through these disclosure-only settlements. More time will reveal whether Trulia’s reach ultimately will lead to a notable decline in the number of lawsuits challenging proposed mergers.