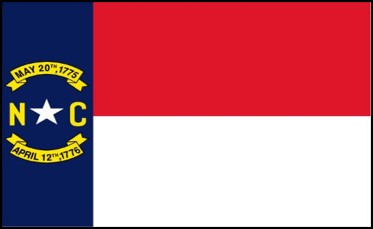 The 2013 General Assembly convened its 2014 Regular Session on Wednesday, May 14, 2014 with the introduction of House Bill 1032 The Abusive Patent Assertions Act by primary sponsor Representative Tom Murry (Rep).  The Bill also is sponsored by Representatives Conrad, Lambeth, S. Martin, Pittman, Saine, and  Whitmire.  The Act recognizes that the assertion of bad‑faith patent infringement claims poses a threat to North Carolina companies via costly and time-consuming litigation that may impose pressure to settle meritless claims.  The practice also “undermine[s] North Carolina's efforts to attract and nurture technology and other companies,” and harms the state’s economy by diverting funds from investment, new product production, business expansion and hiring new workers.  The Act would amend Chapter 75 of the North Carolina General Statutes to make it unlawful for a person to make a bad‑faith assertion of patent infringement.  But, the Act does carve out exceptions and will not apply to claims of patent infringement filed by institutions of higher learning (or a technology transfer organization), certain non-profits, and certain operating entities.

The Act as proposed and revised through Subcommittee provided several factors for a court to consider as evidence of bad-faith, as well as factors to consider as evidence of a lack of bad faith.  Although several factors are delineated, the Act does provide for case-by-case analysis by allowing the court to consider any other factor it finds relevant.  A court would be permitted to award a plaintiff that prevails in an action against a bad-faith infringer equitable relief, damages, costs and fees (including attorney’s fees), and/or exemplary damages of $50,000 or three times the total of damages, costs, and fees, whichever is greater.

The Act was placed on the House calendar for June 3, 2014 and an Amendment was adopted which added the following language regarding the award of costs and fees:

"(c) A court may award to a defendant who prevails in an action brought pursuant to this section costs and fees, including reasonable attorneys' fees, if the court finds the action was not well grounded in fact and warranted by existing law or was interposed for any improper purpose, such as to harass or to cause unnecessary delay or needless increase in the cost of litigation."

Status of the Bill’s progress through the General Assembly can be found here.