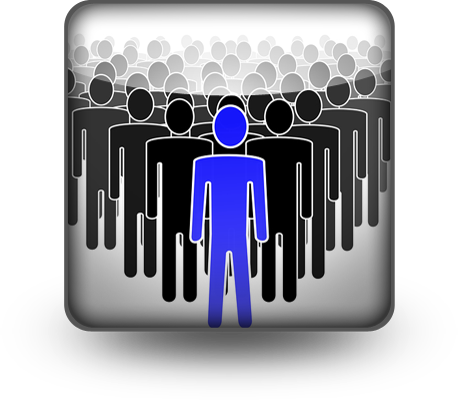 Most of the cases that come to mind when you think “class action” consist of a large group of plaintiffs (hundreds or multiple thousands) seeking authorization to proceed as a class in one lawsuit against one or a handful of defendants. It is the rare case in which a large group of defendants are certified as a class in order to facilitate resolution of one plaintiffs’ claims against them. Rare though it may be, Federal Rule of Civil Procedure 23(a) does explicitly allow for the certification of defendant classes if the prerequisites for class certification (numerosity, commonality, typicality, adequacy of representation) are satisfied: “One or more members of a class may sue or be sued as representative parties on behalf of all members….” Earlier this month, a group of roughly 9,400 defendants were certified as a class in Bell v. Disner, et al., a Ponzi scheme-related class action pending in the Federal District Court for the Western District of North Carolina.

The premise underlying the Bell case is the fraudulent transfer of funds. Rex Venture Group, LLC ran a Ponzi scheme via ZeekRewards.com through which 700,000 individuals paid in and lost more than $700 million. The court-appointed Receiver for Rex Venture Group initiated the class action to recoup the lost money that was paid to “net winners” of the scheme, i.e., the small percentage of individuals who actually received more money from ZeekRewards in commissions or other payments than they paid into the scheme.

According to the Bell complaint, most of the winnings paid out by ZeekRewards came from money paid in by losers and not through valid business activity. Therefore, the complaint argues, the net winners cannot keep the winnings since they are the proceeds of the illegal Ponzi scheme. Several net winners received payouts from ZeekRewards in excess of $900,000 and more than 9,000 net winners received payouts of $1,000 or more. It is this group of roughly 9,400 net winners who were certified as a defendant class.

Although the use of defendant classes is rare, the court’s analysis of the prerequisites for class certification is familiar. The court quickly found that the numerosity requirement was met by the 9,400 defendants. With respect to commonality, the court focused on what it identified as the common core factual and legal questions in the case:

The court stressed that the core issue, “whether there was a fraudulent transfer to all the Net Winners that must be repaid,” is simple and can be addressed without considering individual circumstances of each defendant’s participation in the scheme. Citing the Tenth Circuit Court of Appeals, the Bell court noted that a fraudulent transfer case is distinct from a typical case seeking damages in which individual circumstances matter: “it is ‘virtually never the case’ that the proceeds of a single fraudulent transfer . . . would be recoverable from one defendant . . . but not from another.” The Bell court also found that the named defendants, who were individuals that received in excess of $900,000 from the scheme, were adequate representatives whose claims or defenses were typical of (even if not identical to) the defendant class.

The court ultimately determined that the potential complications and adverse circumstances that would arise from inconsistent judgments in separate actions justified the use of a mandatory class action in this case under Fed. R. Civ. P. 23(b)(1), which does not allow for class members to “opt-out” of the action. For instance, what would the Receiver do if separate actions were filed and one found a fraudulent transfer occurred while another found that no fraudulent transfer occurred? How would that impact the Receiver’s ability to enforce judgments obtained against some defendants or settle any outstanding claims? Accordingly, the court concluded that “[w]hile [it] is mindful of due process concerns as well as other problems specific to defendant class actions, [it] is firmly convinced a class action is the only means to reasonably and efficiently resolve the Receiver’s claims against 9,400 Net Winners.”

Who Will Foot the Bill?

In the typical plaintiff’s class action, the plaintiff’s attorney’s fees are recovered, to some extent, from the class damages awarded or otherwise through a court award. The defendants in a typical class action foot their own bill. Interestingly, the named defendants in Bell argued against class certification, in part, based on their inability to fund the class litigation. The court pushed back, noting that their “protestations of poverty ring hollow in light of the fact that together they won over $11 million in profits from ZeekRewards.” But, given the nature of the lawsuit, the court also reiterated that the plaintiff Receiver would be required to help pay for the defense for the class.

Will We See Another Defendant Class Soon?

Although the defendant class is not common, it has been put to use in a variety of contexts that are more commonplace than the Ponzi scheme scenario in Bell. For example, defendant classes have been certified in cases brought by trustees against shareholders in the context of bankruptcy proceedings based on fraudulent transfer of securities or dividends, and in employment benefits cases where a company sues a class of current or former employees for declaratory judgment regarding the company’s E.R.I.S.A. benefits obligations. Defendant classes also have been cited as being used to resolve intellectual property disputes, and in civil rights cases, state constitutional challenges, and suits against labor unions. Recently, plaintiff Lehman Brothers Special Financing, Inc. filed a motion to certify a defendant class in a bankruptcy proceeding contesting the priority of certain noteholders to receive payments ahead of Lehman Brothers. The motion is still pending in the bankruptcy court, Case No. 10-03547 SCC (Bankr. S.D.N.Y.).

Despite the infrequency of defendant classes, there are many scenarios in which a defendant class might be useful. In consultation with counsel, plaintiff companies should consider whether pursuing certification of a defendant class would serve their interests. They should also be prepared to meet with opposition by defendants, as with any class certification motion, and potentially by the courts. Even though the Bell court was convinced that the defendant class was the only means to resolve that case, another federal court recently denied such a motion, referring to it as “a seldom seen litigating gambit.”