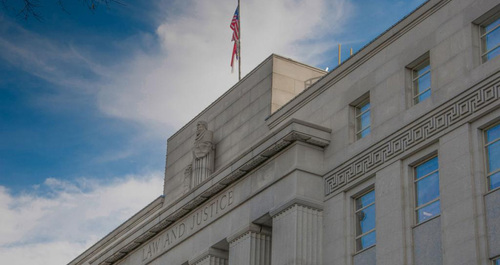 This week Chief Justice Paul Newby announced that Grant Buckner will serve as the 17th Clerk of Court for the N.C. Supreme Court. Buckner will assume the position next month when Amy Funderburk departs after serving four years in the role. This office will be a natural fit for Buckner, who has served the Supreme Court in various capacities since 2014. He is currently lead counsel for the Court’s Office of Administrative Counsel—an office he helped to establish. Among other things, Buckner has provided legal counsel to the Supreme Court, supported the Chief Justice’s Rules Advisory Commission, and assisted the Chief Justice in responding to the COVID-19 pandemic.

The Supreme Court is the state’s highest court pursuant to the North Carolina State Constitution. The Clerk of Court’s responsibilities are set forth in the North Carolina General Statutes.  See N.C.G.S. § 7A-11. Buckner can be expected to bring his calm, deliberative demeanor to bear while serving at the pleasure of the Court.

The press release from the North Carolina Judicial Branch is available here:  https://www.nccourts.gov/news/tag/press-release/supreme-court-of-north-carolina-names-grant-buckner-as-the-new-clerk-of-court.