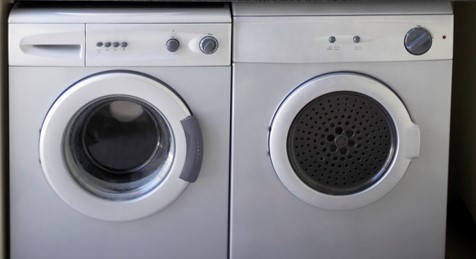 The Bittersweet in Whirlpool’s Moldy Washing Machine Class Action Victory: The War Wages On as We Still Question Whether the Class Should Have Been Certified At All
November 21, 2014  By: Anthony "Tony" T. Lathrop

After many years of battle, Whirlpool Corporation finds itself celebrating a favorable jury verdict in a class action lawsuit. A few weeks ago, a jury had the rare occasion to find for Whirlpool in Glazer v. Whirlpool Corp. (In re Whirlpool Corp. Front-Loading Washer Prods. Liability Litg.), No. 08-65000 (N.D. Ohio), one of several cases in which the company faces product liability allegations associated with mold growth in front-loading washing machines. The harsh reality for corporate defendants is that once a class is certified, the majority of cases settle because the benefits of surrender often are found to outweigh the risks associated with a trial and potential finding of liability, even in meritless cases. Bucking that trend, Whirlpool pressed its case through trial to verdict, maintaining that class certification was improper even after all the evidence during trial had been presented. Whirlpool’s favorable verdict eliminates further risk of liability to the entire class of nearly 200,000 Ohio plaintiffs, but this victory comes at what cost to the corporation? In hindsight, consolidating all of the plaintiffs’ claims into one class action seems efficient and beneficial for Whirlpool, because it won’t have to face thousands of individual trials to defend its products (at least under Ohio law). Recall from our previous post, the trial court judge touted that “Whirlpool should welcome class certification,” due to the prospect of a favorable judgment binding the class members. In the wake of this victory, however, let us not lose sight of the core issues presented by this case that press at the fundamental precepts undergirding the class action mechanism. In the absence of class certification, corporations likely would not face thousands of individual trials. Whirlpool’s victory does not alleviate the central dispute in the company’s fight against certification of this class – that certification was improper because the case was wrought with issues that were individualized for the members of the class. The leverage that plaintiffs gain by obtaining class certification is not insignificant. The rigor of the class certification process should shield corporations from exposure to years of expensive litigation and substantial class liability when the circumstances do not justify arming a group of plaintiffs with that leverage.

The threshold demands of Federal Rule of Civil Procedure 23 are meant to serve as a first line of defense against meritless allegations of broad and sweeping class-wide harm. Should corporations truly welcome the opportunity to bear the expense of a class action trial to prove they are not liable, when the protections of Rule 23 arguably have been rendered meaningless by lower courts? The moldy washer cases facing Whirlpool are predicated on factual circumstances that would make even a lay person unfamiliar with the detailed requirements of Rule 23 stop and ponder the propriety of these product liability class actions. Mold growth, the crux of the alleged damage in these suits, actually was shown to be rare and most people in the classes did not experience it. Plaintiffs’ claims of common design defect in Glazer called into question twenty designs of washers because the four models at issue were based on two different platforms that underwent multiple design changes over a period of nine years. Consumers’ laundry habits and experiences were diverse and only some followed use-and-care instructions for the machines. Disclosures made by the company to consumers regarding the issue and knowledge about the issue changed over time. And damages, if any were suffered, varied for the consumers. There is little in this recitation of facts that rings of “commonality,” which is at the core of class action lawsuits. Yet, several courts found that sufficient common issues could be garnered from facts like these to justify subjecting front-loading washer manufacturers to an onslaught of class actions in multiple states. Defendants argued that the courts only could reach that conclusion by reducing the common question to an unreasonably general proposition, such as “whether the product is defective,” and “obscur[ing] a multitude of individual liability inquiries necessary to resolve even a single buyer’s claim.” The courts justified their conclusions by insisting that they looked beyond the apparent individuality of the issues to what the evidence illuminated about the actual extent of their differences.

While there is a balance to be struck between plaintiffs’ interests in pooling their claims via the class action mechanism and corporate interests in limiting exposure to massive class action liability, U.S. Supreme Court jurisprudence over the past three years has been trending towards raising the bar to class certification. (Corporations did find themselves on the wrong side of recent Supreme Court decisions in securities class actions though, as we discussed here). Whirlpool urged in its pre-verdict unsuccessful motion to decertify the class that “the trial has shown that none of the central issues in this case—neither defect, nor causation, nor injury, nor Whirlpool’s defenses—present a common question capable of generating a ‘common answer’ for each class member ‘in one stroke,’” as required by the Supreme Court’s decision in Wal-Mart Stores, Inc. v. Dukes, 131 S. Ct. 2541 (2011). The court in Glazer had certified the case as a class action for purposes of determining liability only, recognizing that any damages suffered by the plaintiffs would have to be addressed in individual proceedings. You can read our previous posts about the Glazer class certification analysis here and here. Cases pending against other manufacturers, however, raise additional questions regarding the propriety of certifying a class presenting similar factual circumstances for liability and damages determinations in light of Comcast Corp. v. Behrend, 133 S. Ct. 1426 (2013), which addressed the class certification predominance requirement in the context of determining class-wide damages. The Supreme Court’s view of certification of the moldy washer cases remains elusive, as the High Court denied certiorari review of Glazer and related cases earlier this year.

The War Wages On

Whirlpool still faces moldy washer class actions in other states, as do similar defendants. Glazer is one of almost a dozen moldy washer class actions pending in that federal district court with a total of at least 4,000,000 class members. Whirlpool noted in its petition to the Supreme Court for certiorari review that there are similar cases pending across the country against “every major washer manufacturer on behalf of tens of millions of additional buyers.” Cases also are pending against retailers of the machines, including Sears, Roebuck, and Company, which was denied Supreme Court certiorari review of the Seventh Circuit’s class certification decision in its case, along with Glazer. In the aggregate, these companies face billions of dollars in potential damages.

Whirlpool may have won this battle, but reports indicate that the class action plaintiffs have no intention at this point to end the war. Whirlpool will face an appeal of this verdict, as well as the remaining pending class actions. The defendants in these moldy washer cases (and similar product liability cases) will have to wage on, unless and until there is a successful challenge to similar lower courts’ certification decisions or a change to the rules of procedure governing class actions. Whether we see any appellate courts rule contrary to the Sixth and Seventh Circuits remains to be seen. Until we do, Supreme Court review of the issue likely will remain at bay. There is the possibility that rule amendments may address the issue. As we discussed in our last post, changes to the federal class action rules are in the early stages of development. Reconciling the certification of liability classes with Rule 23’s predominance requirements is on the list of potential topics ripe for treatment by upcoming amendments. We should not expect to see any formal proposed amendments to Rule 23 before next year. Given the process for passing rule amendments, any amendments that are approved likely will not take effect before 2016. We will keep you posted on developments.