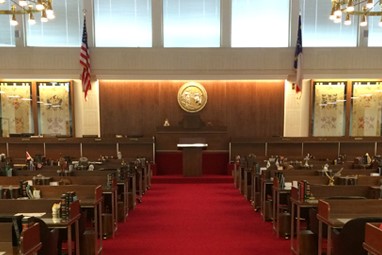 In 2017, federal securities class actions were filed at a rapid clip, averaging more than one per day - a level not seen in nearly 20 years according to survey data. It was the third year of growth and a 44% increase over 2016. Only a small subset (25 or 5.7%) of the record-setting 432 federal securities class actions filed last year were claims filed under Section 11 of the federal Securities Act of 1933 (1933 Act), which is at the heart of the U.S. Supreme Court’s decision in Cyan Inc. v. Beaver County Employees Retirement Fund. The 1933 Act requires companies offering securities to the public to make “full and fair disclosure” of relevant information and creates private rights of action related to the initial offering of securities. According to recent data, initial public offerings (IPOs) have been on a decline over the last several years and, despite the rise in securities litigation overall, the filing of 1933 Act Section 11 class actions in federal court has remained fairly constant. There had been a rise in 1993 Act Section 11 class actions filed in state courts (particularly in California), but the pace slowed down in the last year pending the U.S. Supreme Court’s decision in Cyan, which probed whether state courts retained jurisdiction over “covered class actions” that allege only federal 1933 Act claims after the passage of the Securities Litigation Uniform Standards Act of 1998 (SLUSA).

With the Supreme Court’s unanimous decision in Cyan that state courts do have the authority to adjudicate federal 1933 Act covered class actions, we may see an uptick in these cases filed in state courts. And while the impact of Cyan on the securities class action landscape as a whole may be limited, for companies that have recently gone public or are considering an IPO, it opens them up to the risk of varying and potentially less-favorable state court class action procedures. We discuss the federal securities law framework that gave rise to Cyan and the Supreme Court’s reasoning for leaving the doors of state courthouses open to class action plaintiffs.

There are several federal statutes at play that gave rise the dispute in Cyan. The 1933 Act requires companies offering securities to the public to make “full and fair disclosure” of relevant information and created private rights of action related to the offering of securities. Both federal and state courts were granted jurisdiction over private suits brought under the 1933 Act. And Congress barred the removal of 1933 Act private actions from state to federal court. By contrast, the Securities Exchange Act of 1934 (1934 Act) regulates all subsequent trading beyond the original issuance of securities, including trading on national stock exchanges. Federal courts were explicitly granted exclusive jurisdiction over private actions under the 1934 Act.

Due to perceived abuses in securities related class actions brought under the 1933 Act and 1934 Act, Congress amended both of the Acts with the Private Securities Litigation Reform Act (Reform Act) in 1995. Plaintiffs, however, began filing securities class actions under state law to circumvent the Reform Act’s new restrictions and requirements. In response, Congress passed the Securities Litigation Uniform Standards Act of 1998 (SLUSA), which also amended both older Acts and implemented the 1933 Act amendments giving rise to the dispute in Cyan.

The SLUSA amendments to the 1933 Act at issue in Cyan address large class actions seeking damages related to securities listed on a national stock exchange. SLUSA language refers to “covered class action” and “covered security,” which are defined respectively as a class action in which “damages are sought on behalf of more than 50 persons” (§77p(f)(2)) and a security listed on a national stock exchange (§77p(f)(3)). In pertinent part, SLUSA accomplished three things: (1) it prohibited large securities class actions based on state law, (2) it provided limited removal of covered class actions from state to federal court, and (3) it altered the concurrent jurisdiction statement in the 1933 Act to acknowledge the changes made by the SLUSA amendments.

State Law-based Class Actions Prohibited: §77p(b) prohibits, in both state and federal courts, class actions with more than 50 class members that are based on state law and allege deceitful practices in connection with a nationally traded security’s purchase or sale, including the use of untrue statements or omissions of a material fact and the use of manipulative or deceptive devices or contrivances. §77p(c) allows defendants to remove to federal court any covered class action that was brought in state court but is prohibited by §77p(b), so the federal court can dismiss the case. This removal provision was provided solely for the purpose of ensuring that prohibited state law-based class actions were dismissed as required by §77p(b), not for further litigation of the claims.

Acknowledgement of Limited Removal Granted by §77p(c): §77v(a) addresses the jurisdiction of state and federal courts over 1933 Act cases. Since the 1933 Act generally prohibits removal of actions brought in state court, §77v(a) acknowledges the new removal provision of §77p(c) as the exception to the broad 1933 Act removal bar, stating: “Except as provided in section 77p(c) of this title, no case arising under this subchapter and brought in any State court of competent jurisdiction shall be removed to any court of the United States.”

The plaintiffs/respondents are investors who purchased shares of stock in Cyan (a telecommunications company) in an initial public offering. The stock declined in value and the investors brought a class action for damages in California state court under the 1933 Act claiming material misstatements were made in connection with the offering. The class action made no claims based on state law. Cyan moved to dismiss the class action, asserting that SLUSA’s amendment to the state/federal concurrent-jurisdiction statement in §77v(a) stripped state courts of power to adjudicate 1933 Act claims in covered class actions. The investors maintained that SLUSA did not deprive state courts of jurisdiction over all suits alleging only federal 1933 Act claims, including covered class actions. The California trial court agreed with the investors, denying the motion to dismiss, and the state appellate courts denied review of the case.

The U.S. Supreme Court granted Cyan’s cert. petition to resolve a split among state and federal courts about whether SLUSA deprived state courts of jurisdiction over covered class actions asserting only federal 1933 Act claims. Two questions were addressed by the Supreme Court: (1) did SLUSA strip state courts of jurisdiction over class actions alleging violations of only the Securities Act of 1933 and (2) even if not, did SLUSA empower defendants to remove such actions from state to federal court? The second question the high court considered was interjected by the U.S. government. The government sided with the investors on the question of whether state courts retained jurisdiction over covered class actions raising only federal 1933 Act claims. But, the government inserted the additional question of whether §77p(c) now generally permits the removal of 1933 Act class actions from state to federal court? The Supreme Court chose to address this removal question even though it was not directly presented by the case, because it was related to the issues raised and briefed/argued by the parties. The Supreme Court answered “no” to both questions.

SCOTUS: “Congress does not ‘hide elephants in mouseholes.’”

It was clear from the Supreme Court oral argument that this case was a bit of a thorn in the side of the Court, with Justices Alito and Gorsuch referring to the proffered interpretations of the statute as “gibberish.” Justice Alito remarked: “we have very smart lawyers here who have come up with creative interpretations, but this is gibberish. It’s … just gibberish.” He even went so far as to posit that the SLUSA amendments at issue might just be meaningless: “all the readings that everybody has given to all of these provisions are a stretch. I’m serious. Is there a certain point at which we say this means nothing, we can’t figure out what it means, and, therefore, it has no effect, it means nothing?”  But, ultimately the Court unanimously agreed on what SLUSA did not mean, declaring in the opinion that:

By its terms, §77v(a)’s “except clause” does nothing to deprive state courts of their jurisdiction to decide class actions brought under the 1933 Act.

The statute says what it says—or perhaps better put here, does not say what it does not say. State-court jurisdiction over 1933 Act claims thus continues undisturbed.

The Court pointed to the long-standing construct of concurrent jurisdiction under the 1933 Act and explained that the SLUSA amendment in “§77p bars certain securities class actions based on state law. And as a corollary of that prohibition, it authorizes removal of those suits so that a federal court can dismiss them. But the section says nothing, and so does nothing, to deprive state courts of jurisdiction over class actions based on federal law.” Under the 1933 Act, defendants were not even able to remove class actions from state to federal court. Therefore, the Court reasoned, any change in this power granted to state courts for 65 years would certainly have been more directly accomplished by Congress than in the convoluted manner that Cyan interprets SLUSA. “Congress does not ‘hide elephants in mouseholes,’” the Court declared.

Cyan argued that “Congress enacted SLUSA to finish the job” that it started with the Reform Act by completely closing the state court forum to 1933 Act class actions. The Supreme Court dismissed this argument, pointing out that SLUSA accomplished the Reform Act’s goals by prohibiting large class actions based on state law. Those 1933 Act covered class actions that proceed in state court still will be bound by the federal law and substantive protections provided under the Reform Act. Further, the Supreme Court explained that SLUSA’s similar bar of state law class actions under the 1934 Act, in conjunction with the 1934 Act’s exclusive federal jurisdiction provisions, accomplished more to further Congress’s goals in that “the bulk of securities class actions would proceed in federal court—because the 1934 Act regulates all trading of securities whereas the 1933 Act addresses only securities offerings.”

The Securities Law Landscape After Cyan

According to the Supreme Court, the securities law landscape after the passage of SLUSA is as follows:

Under our reading of SLUSA, all covered securities class actions must proceed under federal law; most (i.e., those alleging 1934 Act claims) must proceed in federal court; some (i.e. those alleging 1933 Act claims) may proceed in state court. We do not know why Congress declined to require as well that 1933 Act class actions be brought in federal court; perhaps it was because of the long and unusually pronounced tradition of according authority to state courts over 1933 Act litigation. But in any event, we will not revise that legislative choice, by reading a conforming amendment and a definition in a most improbable way, in an effort to make the world of securities litigation more consistent or pure.

And with respect to SLUSA’s effect on removal of covered class actions to federal court: “[t]he ‘straightforward reading’ of those two provisions, we explained, is that removal is ‘limited to those [actions] precluded by the terms of subsection (b).’”