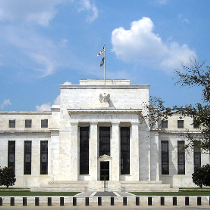 Financial Regulatory Advice and Response Team members Neil Bloomfield, Ed O’Keefe, Tom Pennington, and Kris Whittaker attended the Prudential Regulation Conference presented by SIFMA and The Clearing House in Washington, D.C.  This year’s conference was focused on the future of prudential regulation, including the new leadership at the prudential agencies.  The conference included insights from the Joseph M. Otting, Comptroller of the Currency, Mark E. Van Der Weide, General Counsel for the Federal Reserve, and Jelena McWilliams, Chairman of the FDIC, among others.   There are a few overarching themes to the conference.  All three of the speakers focused on a commitment to transparency and a willingness to revisit existing rules and guidance.  They also all discussed their agencies actions to implement S. 2155, the “Economic Growth, Regulatory Relief and Consumer Protection Act” (also known as the Crapo bill) and the recently proposed revisions to the Volker Rule.

Comptroller Otting reaffirmed his commitment to the priorities we discussed in our earlier post and in his recent testimony before the Senate Banking Committee.  Specifically, he focused on his goals to:

Mark E. Van Der Weide, General Counsel for the Federal Reserve focused his remarks on several areas that are currently outstanding at the Board, including: