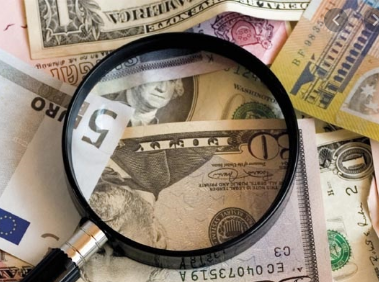 Banks – What Should You Know? Civil Liability for Failure to Detect Human Trafficking
December 14, 2022  By: Sarah Dohoney Byrne

A few weeks ago, two sex trafficking survivors filed lawsuits against two international financial institutions including claims under the Trafficking Victims Protection Act (TVPA) and the Racketeer Influenced and Corrupt Organizations Act (RICO). The survivors allege that the banks financially benefitted from participation in Jeffrey Epstein’s sex trafficking by continuing to bank Epstein and his businesses. One of the complaints alleges that the bank “chose facilitating a sex trafficking operation in order to churn profits.”

The complaints include allegations that the banks violated their Anti-Money Laundering and Know Your Customer obligations. Specifically, they allege failure to (i) perform adequate due diligence and transaction monitoring commensurate with the risk and (ii) report suspicious activity in the face of clear indicia of structuring through Epstein’s regular large cash withdrawals, combined with suspicious deposits and wire transfers. The survivors allege that the banks allowed Epstein to open accounts for shell companies through which he would funnel funds connected to his sex trafficking operations. In 2020, the Financial Crimes Enforcement Network of the U.S. Department of Treasury (FinCEN) released its Supplemental Advisory on Identifying and Reporting Human Trafficking and Related Activity (Supplemental Advisory) which addressed trafficker use of funnel accounts in this way. The complaints alleged that conditions applied to the Epstein accounts went unenforced despite Epstein being identified as a “high risk” customer. The complaints state that “Epstein’s sex-trafficking venture was not possible without the assistance and complicity of a financial institution” and that “[w]ithout the financial institution’s participation, Epstein’s sex-trafficking scheme could not have existed or flourished.”

These cases follow a 2020 fine of $150M imposed by the New York State Department of Financial Services (“NYDFS”) for compliance failures related to Jeffrey Epstein, his sex trafficking enterprise and correspondent banking relationships. In the Consent Order, NYDFS found that the bank “conducted business in an unsafe and unsound manner [and] failed to maintain an effective and compliant anti-money laundering program.”

While these recently filed civil action complaints involving a high-profile sex-trafficking scheme follow regulatory enforcement, the TVPA does not require prior agency action. A trafficking victim may bring a TVPA claim against an organization that “knowingly benefits, financially or by receiving anything of value from participation in a venture which that person knew or should have known has engaged [in trafficking].” Unlike the criminal provisions of the TVPA, the civil right of action only requires that the defendant “should have known.” Once a theoretical risk, the potential for civil liability for failures in AML and KYC anti-human trafficking procedures are now appearing on court dockets.

Notably, 2023 marks the 20th anniversary of the addition of a civil action in the TVPA. While it has taken time for allegations of civil liability to surface for various industries under this right of action, it is now a known risk for the financial sector.

As banks continue to refine their risk management and ESG platforms, we recommend taking note that inadequate AML and KYC processes with respect to anti-human trafficking pose risks of both regulatory enforcement as well as criminal and civil actions.