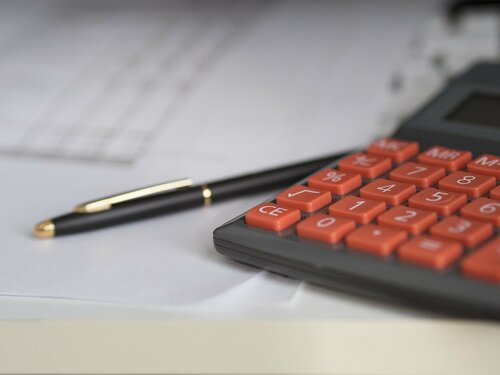 It may not be the next Taylor Swift song, but a prepayment changes the Lender-Borrower relationship. In a swap, we all know there are consequences. Rather than a “breakage cost”, the swap market just calls it an early termination payment. In loans, traditionally, there was less time/energy spent to negotiate the provisions requiring the borrower to indemnify a lender for breakage costs. Today, however, it is a hot topic. Specifically, in the context of SOFR-loan prepayments where the concept of “Breakage Costs” is a nebulous/unclear concept, leaving some market participants to ask, in a post-LIBOR world, “Are there still ‘Breakage Costs’ for loans simply due to  prepayment?”

Hot Take: Term SOFR has breakage costs for the same reason LIBOR does. The same is true for Daily Simple SOFR, though maybe the costs are less when compared to Term SOFR. As further discussed below, “breakage costs” describe the bank’s costs for managing expected cash-flow between SOFR-assets and SOFR-liabilities (largely funded by the SOFR-assets). Breakage costs are not opportunity costs. The below broadly describes some aspects of bank risk management, but the core concept is there, and that core concept justifies a breakage cost.

During the LIBOR-era, it was not uncommon to see a loan include a concept for the bank to be indemnified for “breakage costs” (even if there was no prepayment penalty). If the same loan provided an indication as to the calculation of any breakage costs, it was often based on the concept of what the bank could have otherwise earned on a “LIBOR deposit” or otherwise put their funds to work. That provision may be the genesis for this confusion. It clearly ties the breakage costs to a concept of opportunity costs – i.e., the costs reflecting what the bank could have otherwise earned on purchasing a LIBOR asset at the beginning of the interest period.

Now, parties see a prepayment of a SOFR-loan and struggle to justify breakage costs because, to paraphrase, “If the bank needs a SOFR return for the remainder of the interest period, then it can just participate in the over-night repo market”. First, let’s put aside whether it is even possible for a bank to be prepaid on Day T and have the same funds available for the repo market that night. The thinking is not wrong, however if prepaying Term SOFR, the chances that Term SOFR perfectly equals Actual SOFR are close to zero. The issue is not around what the bank could have otherwise earned. The issue is whether the bank will have met expectations for its cash outflows (e.g., SOFR-liabilities) based on receiving Term SOFR from Borrower. If the bank does not receive Term SOFR to cover its SOFR-liabilities, the bank may need to find another SOFR-asset and purchase it (or remove a SOFR-liability) as part of its broader management of the bank’s entire portfolio of risk. The bank will not just bet on (or expect) that the overnight repo market will be close enough to Term SOFR.

Some parties may view the business of the bank as a business of making loans and then using the income from that loan to fund other loans or pay normal expenses. This is the ole “Bailey Building and Loan” model, and George Baily is everyone’s banker. It’s your 1920s/30s bank (and the best Christmas movie, sorry Elf).

In today’s business of banking: The goal is to minimize the time that a bank has static money on its books. If cash is flowing out of the bank, then the bank is generating income from (i) fees and/or (ii) spreads. Here, “spreads” really means any concept where the bank is asking a customer to pay $XYZ for a product, and that value is greater than the costs to the bank to provide that product.

What is also important to realize here: Outward cash flows are not always a one-time event (e.g., a loan being made) – i.e., a bank could hold a liability that requires many recurring payments. Example: a swap. The below diagram shows how banks will think about swaps and funding the bank’s obligations on that swap. This is not “unique” or “Ed, sure...in some cases, but not all”. A big nuance missing here is sometimes the “Hedging Asset” could be one-off (as described below by using a swap) or the bank could be engaging in portfolio hedging (so, not 1-for-1). Additionally, rather than a “1.0% per month” cost, the cost could be a single bullet payment to purchase SOFR-paying notes/securities.

Either way, the bank does not commit to a SOFR-liability (here, a commitment to pay SOFR on a swap) without some asset that should produce the SOFR return. A large function of treasury/risk management teams is to manage this very risk. The bank does not want to warehouse the risk of “Well, not sure what SOFR will do tomorrow, but I bet we can pay it.” To this end, the bank wants a Term SOFR-asset to pay for any Term SOFR-liability.

Banks try to keep cash flowing out of the bank in-sync with cash coming in from (i) the Federal Reserve, (ii) purchased assets or (iii) bank-produced assets. The problem with (i): you have to pay back that loan. The problem with (ii): those generally cost more than (iii). This makes (iii) a pretty efficient way to fund bank activities.

This is why your SOFR-loans still need a provision regarding breakage costs. If the borrower prepays, the bank will incur some expense because it has to adjust its expectation as to SOFR receipts from that loan. If a Term SOFR-loan is prepaid on Monday, then on Tuesday the bank needs an asset to produce that Term SOFR expectation. Good risk management here is not “Eh, just do overnight repos” because the Term SOFR rate on January 1 is not impacted by any sharp drop in SOFR rates during that interest period. So: For the bank to pay Term SOFR it needs a Term SOFR asset. If it cannot find a perfect match, then not only are the costs to purchase an imperfect asset “Breakage Costs”, but any delta that costs the bank money should also be included in “Breakage Costs”.

To be fair, the costs may be low on a loan-by-loan basis, but a bank will want to consider this on a portfolio basis. For a Daily Simple SOFR-loan, maybe the costs are even smaller but odds are still good that a bank does not have funds in the door on Day T, and the same funds are used in the repo market that night (so, there will still be a cost to the bank to plug the hole during the time that the pre-paid funds cannot otherwise be put to work).

This is not a prepayment fee/penalty. It is simply the bank requiring that the borrower make the bank whole for incurring new costs to manage a new risk created by the prepayment.

There may be other costs as well, but the above is a cost that makes sense to me and provides at least one good reason why (i) Lenders should keep the “Breakage Costs” provisions and (ii) a borrower trying to negotiate it out, should at least appreciate the bank is not being unreasonable. Ultimately, it’s up for negotiation (like anything else), but maybe this context can move the negotiation away from only focusing on whether or not breakage costs even exist.

Good question. Some LIBOR loans never went into this detail, some did and based it on a LIBOR deposit. A possible answer would be to use the USD SOFR ICE Swap Rate (HERE), whenever ICE starts to publish it. That rate, on the date of prepayment, applied to the prepaid amount for the remainder of the interest period or fiscal quarter, on an ACT/360 basis should be a fair estimate of the cost to the bank. With that said, an argument can be made that a premium could be added because there are transaction costs beyond what may be captured by the USD SOFR ICE Swap Rate. To be clear, there are other possible metrics too (e.g., just go with Term SOFR or Term SOFR+Adjustment for the remainder of the interest period). Maybe that is where parties should focus energy today. Not on the existence of breakage costs, but instead on “They exist, but how expensive is breaking up with our new partner, SOFR.”