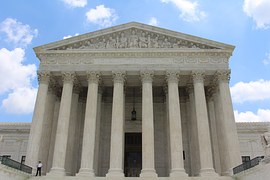 Caution: Costs of Investigations into Employees’ Fraud are No Longer Recoverable under the Mandatory Victims Restitution Act
August 2018  By: Frank E. Schall

By Kim Cochran[1] and Frank Schall  In a decision with far-reaching implications for corporate victims of fraud, the U.S. Supreme Court recently held that the Mandatory Victims Restitution Act of 1996 (MVRA) does not entitle victims of certain federal offenses, including wire fraud, to reimbursement for costs incurred conducting investigations and participating in civil or bankruptcy proceedings related to the fraud.

Before Lagos, Many Courts of Appeal Allowed Recovery of Investigation Costs

In Lagos v. United States, 584 U.S. ___ (2018), Sergio Fernando Lagos pleaded guilty to multiple counts of wire fraud and conspiracy to commit wire fraud.  Over two years, Lagos caused Dry Van Logistics to generate false invoices for services that were never performed.  Lagos then used those false invoices as collateral to borrow tens of millions of dollars from General Electric Capital Corporation (GECC).  When Lagos’ scheme was discovered, Dry Van Logistics went bankrupt.  Not surprisingly, GECC investigated the fraud and participated in the bankruptcy proceedings in an effort to recoup its losses at a cost of $5 million in professional fees.

At sentencing, the District Court ordered Lagos to pay GECC restitution for the $5 million that GECC spent investigating the fraud and participating in the bankruptcy proceedings.  Lagos appealed, but the Fifth Circuit Court of Appeals affirmed the order of restitution in a decision in line with prior rulings from the Sixth, Seventh, Eight, and Ninth Circuits – that the MVRA allows for reimbursement of the costs of investigation and remedial proceedings.  The U.S. Supreme Court disagreed.

The Supreme Court centered its decision on the language of the statute to determine “whether the scope of the words ‘investigation’ and ‘proceedings’ is limited to government investigations and criminal proceedings, or whether it includes private investigations and civil or bankruptcy litigation.”  The Supreme Court engaged in a classic statutory analysis – it examined the order the words, their typical usage, and the statutory phrase as a whole.

The MVRA requires, in part, that a defendant convicted of certain crimes must:

… reimburse the victim for lost income and necessary child care, transportation, and other expenses incurred during participation in the investigation or prosecution of the offense or attendance at proceedings related to the offense.[2]

The Supreme Court contrasted other statutes through which victims can recover the “full amount of the victim’s losses”[3]; however, those statutes are limited to victims of telemarketing and email fraud, sexual abuse or exploitation, and domestic violence.

Additionally, the Supreme Court considered practical implications if the statute were interpreted broadly—the reimbursement of “necessary… expenses” likely would lead to endless litigation over issues such as what expenses are “necessary”.  (For example, district courts might be asked to decide disputes over whether interviewing a particular witness in a private investigation was “necessary.”)

The Implications of Lagos

It is not uncommon for companies in a position such as GECC to spend large sums for private, internal investigations and civil litigation in an attempt to uncover the manner of the fraud and recoup the related losses.  Although civil remedies are an option, those civil judgments are rarely satisfied.  Companies may spend more cautiously knowing that restitution via the MVRA is now limited.

However, the Supreme Court left open the question of reimbursement for the costs of an investigation pursued at the government’s invitation or request (as contrasted with investigations when results are shared with the government at the conclusion).

Corporate victims of fraud may want to weigh the costs and benefits of conducting an investigation in conjunction with and at the request of the government, if they hope to recover costs through the MVRA.

[1] Kim Cochran is a former associate and member of MVA’s White Collar Defense, Investigations, and Regulatory Advice teams. She has recently joined Wells Fargo’s Legal Department as counsel in the recovery and resolution planning space.