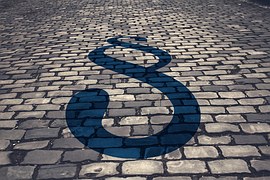 In a series of interviews, speeches and other public releases, OCC Comptroller Joseph Otting has set out a number of priorities, some substantive, some related to how the agency operates.  It is clear that Mr. Otting intends to roll back or “modernize” regulations that have been viewed as burdensome or ineffective by the financial industry.  In addition, he intends to make changes to the agency in ways that pull back on the Washington-centric structure and puts more authority in the hands of local supervisors.   All of these are works in progress and some require action and/or coordination with other agencies.  The purpose of this update is to bring attention to action items we may see in the coming months.  As action is taken in these and other areas by the OCC and/or other federal agencies, we will continue to provide updates.

Comptroller Otting has stated that while he is a supporter of the original intent of the CRA to encourage lending in a bank’s local communities, the process has become too complex and not effective in meeting the goals of the legislation.  Mr. Otting supports a system that assesses the factual record of how a bank meets its obligations and serves the needs of its communities. Accordingly, the OCC is working with the other federal banking agencies to revise the CRA regulations to achieve this objective.

Consistent with the Comptroller, Treasury released its recommendations for reforms in a report issued April 3, 2018.  These recommendations include: (1) defining geographic assessment areas to reflect the changing nature of banking; (2) increasing transparency and effectiveness of CRA rating determinations; (3) improving the timeliness of examinations; and (4) incorporating performance incentives to better serve the CRA’s intended purpose of encouraging banks to meet the credit and deposit needs of their communities.  It is expected that the OCC (and other federal banking agencies) will publish for notice and comment their proposed changes and address Treasury’s recommendations in the coming weeks.

Most importantly, in the licensing context, Mr. Otting has indicated a shift in policy.  In the past, protests to applications caused long delays and often were from groups that were not part of the communities served by the applicant bank(s).   To address these issues, Mr. Otting has clearly stated in a number of interviews that going forward the agency will not allow the application process to permit groups that do not provide services to a bank’s communities to disrupt the process and affect those decisions.  Similarly, officials from the OCC have stated that when acting on applications from banks with less than satisfactory CRA ratings, the agency will consider actions taken by the banks to resolve the reasons for the ratings.  This means that a less than satisfactory rating will not result in an automatic denial.  It is a common sense approach that incentivizes banks to work to resolve issues while recognizing that the next CRA examination may not occur for another two years.

Mr. Otting has also expressed his determination to improve the administration of the BSA and anti-money laundering laws to prevent exploitation of national banks while reducing the burden of achieving that goal.  In this field, the OCC is only one player – and not the agency responsible for drafting the applicable regulations or revising the law.  However, it is clear that Mr. Otting is engaging with the other responsible regulators, including Treasury, FinCEN, the Federal Reserve, and the FDIC as well as Congress to examine the deficiencies in the law, rules and procedures.  We expect there will be action in this area in the near term.  In the meantime, as with CRA ratings, OCC policy regarding assessment of BSA deficiencies and violations in the licensing context is likely to be more flexible than in the past.  A bank’s progress in achieving remediation, and supervision’s views are likely to be given considerable weight in making decisions on licensing applications.

Comptroller Otting has indicated he believes the pendulum has swung too far and made it difficult if not impossible for banks to offer short term small dollar loans.  It is his goal to bring that business back into the banks, in a safe and sound manner. His view is a continuation of Acting Comptroller Keith Noreika’s rescission of the OCC’s prior guidance on deposit advance products in October, 2017.  It remains to be seen in what manner the OCC will provide guidance to encourage short term small dollar products.

Mr. Otting has stated that it is a main concern for him to ensure the OCC operates efficiently and effectively.  Importantly for banks, he has made it a priority to empower OCC bank supervision staff.  This should result in more decisions being made by examiners-in-charge or the local level and less “from Washington”.  Stay tuned for decisions on staffing and structural changes intended to support this goal.