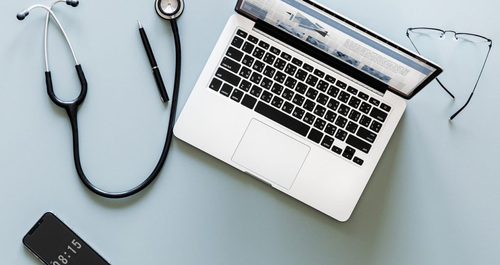 Following quickly on our reporting on United States v. Jindal, in which the Department of Justice indicted the former executive and owner of a physical therapy business in Texas for conspiring to suppress compensation to physical therapists and physical therapy assistants, on January 5, 2021 the Department of Justice brought a second criminal case addressing employment in healthcare, giving another indication that there is a new focus on this market. The Justice Department appears to be pursuing the strategy of focusing on the industry in order to build a critical mass of cases and industry-wide awareness of the Department’s attention to employment practices in order to maximize deterrence.

This indictment is against Surgical Care Affiliates LLC and its successor SCAI Holdings, LLC (the two did business as Surgical Care Affiliates (“SCA”)). SCA is a subsidiary of UnitedHealth Group and is one of the nation’s largest providers of outpatient services with over 230 facilities in 35 states. SCA was acquired by UnitedHealth in 2017 for $2.3 billion. The Department alleges two conspiracies to violate Section 1 of the Sherman Act in the market for the recruitment and retention of executives.  In Count I, the indictment alleges that beginning in May 2010 through at least October 2017 SCA conspired with the Company A to suppress the market for senior level executives, agreeing not to recruit each other’s executives. The indictment alleges that the CEO of SCAI and the CEO of Company A entered into this agreement. In Count 2, the Department alleges a virtually identical conspiracy between SCA and Company B, again with an agreement between the CEOs.

Interestingly, the conspirators did not allegedly agree to a strict no-hire for senior executives; instead, they agreed they would not solicit each other’s executives at the director level above. They were permitted to hire senior executives who applied for employment—but only on the condition that the executive had informed her or his employer in advance that she or he was looking for a new job and had been given permission to do so.

This indictment, like the Jindal indictment, was brought jointly by the United States Attorney and the Antitrust Division in Washington. This indictment, coming so soon on the heels of the Jindal indictment, reinforces the forecast that the Antitrust division is focusing on suppression of competition in employment, and specifically, in healthcare. We may expect to see indictments or pleas involving the individuals in the near future and additional cases being brought to deter suppression of competition in matters of employment healthcare. It goes without saying that healthcare companies large and small should take pause and do a compliance review of their employment practices to ensure that they are not running afoul of the Sherman Act in ways that are intentional or unintentional.