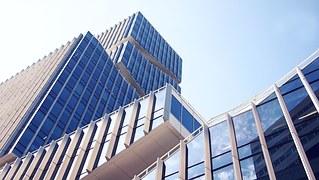 By Kristina Whittaker[1]. Mick Mulvaney was appointed Acting Director of the Consumer Financial Protection Bureau (Bureau) on November 25, 2017.  His term will end on June 22, 2018, unless the President nominates a Director prior to that date, in which case Mr. Mulvaney will remain as Acting Director until a new Director is confirmed.  During his time as Acting Director, Mr.  Mulvaney has sought to change the priorities and culture of the Bureau, starting by changing its name to align with Title X of the Dodd Frank Act to the Bureau of Consumer Financial Protection.  His recent public comments provide details of his vision – and by extension – the vision of this administration regarding the Bureau’s role.

Mr. Mulvaney’s policies signal a dramatic shift from his predecessor, Richard Cordray.  Mr. Mulvaney has often stated that he holds the staff of the Bureau in high regard, but believes Mr. Cordray’s Bureau lacked consistency and transparency.  Mr. Mulvaney asserts that he aims to avoid “overstepping” the Bureau’s statutory authority.  He believes that the best way to achieve this is through a strict textual approach to the agency’s statutory mandate codified in Title X of Dodd-Frank.  He has stated that the Bureau will no longer be pushing the envelope of their statutory mandates and restrictions.  Furthermore, he aims to change the fundamental nature of the agency through Congressional action.  Accordingly, he has made requests to Congress for statutory changes that would limit the agency’s power.

An example of the type of action to which Mr. Mulvaney is opposed was the proceeding brought against PHH Corporation.  An initial fine of $6 million was recommended by the administrative law judge, but was enhanced to $109 million by Mr. Cordray.  Mr. Mulvaney filed an order dismissing the notice of charges against PHH on June 7, 2018, two days after Bureau and PHH lawyers issued a joint statement recommending that the Bureau stop pursuing the case.  He opposes a structure such as the Bureau’s in which the Director serves as “judge, jury, and executioner.”  While the Bureau continues to bring enforcement cases, Mr. Mulvaney has evaluated them carefully to ensure that they are consistent with his philosophy of focusing on the statutory mandate; i.e., cases with demonstrated unfair, deceptive, or abusive practices.

It is clear the Bureau is increasing its role of a provider of financial education to individuals and to a lesser extent a collector of consumer complaints.  The three main links on the front page of its website are “Submit a complaint,” “Get answers to money questions,” and “Reach your financial goals” with the last option providing checklists and guides to buying a house and paying for college.  The Bureau is still fielding consumer complaints, but Mr. Mulvaney has directed his staff to research whether or not Dodd-Frank requires these complaints to be published.  He has recently opined that the Federal government should not be running a “Yelp” type service for unverified consumer complaints against financial institutions.

Strict Adherence to the Mandates of Dodd-Frank

Mr. Mulvaney believes his actions since becoming acting Director have taken into account all of the required duties of Dodd-Frank without exceeding the Bureau’s statutory authority, while also honoring the limitations embodied in the Act.  He explains that is to pursue “consistency” and “transparency” as required by 12 U.S.C. § 5495, which states that the Bureau must “promote consistent regulatory treatment of consumer financial and investment products and services.”  Congress in S.J.Res.57, under the authority of the Congressional Review Act, recently overruled Bureau guidance related to the Indirect Auto Lending and Compliance with the Equal Credit Opportunity Act (ECOA).  As a consequence, the Bureau is now prohibited from “reissuing a substantially similar rule unless specifically authorized to do so by law.”  Accordingly, Mr. Mulvaney has asked his staff to review the Bureau’s regulations to determine whether any others should be struck down or revised based on inconsistent treatment under ECOA.

Mr. Mulvaney’s recent dismissal of the 25 member Consumer Advisory Board (CAB) demonstrates the fine line that he has to walk in order to remain compliant with statutory authority.  12 U.S.C. § 5494 requires that the Director establish the CAB, appoint experts from a variety of fields, and meet with them at least twice a year.  CAB Chair Ann Badour has accused Mr. Mulvaney of flouting these requirements and ignoring the requests of the Board.  He has countered, saying that he will soon appoint a new Board and schedule the requisite meetings.  It will be worth watching who Mr. Mulvaney appoints to the Board or if he will have time to make any appointments given his likely short tenure.

Mr. Mulvaney’s long term goal is to curtail the Bureau’s power.  He believes that as it currently stands, the Bureau is not a “gold-standard regulator” and cannot be as long as it vests the director with outsize authority.  He recently praised the Congressional Review Act, which Congress used in May to overturn the Bureau’s auto-lending regulations and last October in response to a rule that banned mandatory arbitration requirements in financial contracts.  However, his apparent endgame is for Congress to implement at least four changes to the law that will limit the Bureau’s role and authority.  He included these four legislative requests in the Bureau’s Semi-Annual Report: (1) to fund the Bureau through Congressional appropriations, (2) require legislative approval of major Bureau rules, (3) ensure that the Director answers to the President in the exercise of executive authority, by authorizing the President to terminate the Director “for cause”, and (4) create an independent Inspector General for the Bureau.  These changes would complete Mr. Mulvaney’s arc as acting Director.  First, he has placed restrictions on new enforcement actions, then he implemented a strict view of the agency’s required duties, and now he is pushing for legislative action that would limit any future Director from assuming an activist regulatory role.

[1] I would like to thank Shiva Mohan who assisted with this article as a summer intern.