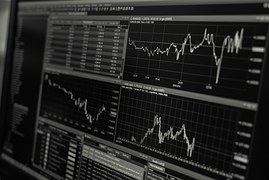 James P. McLoughlin, Jr., Neil T. Bloomfield, and Frank E. Schall issued a Client Advisory titled "Timely Disclosure of Investigation Loss Contingencies: The SEC’s Aggressive Enforcement Stance." The Advisory discusses SEC v. RPM International, Inc., No. 16-01803 (D.D.C. filed Sept. 9, 2016), in which the SEC has pushed its aggressive litigation strategy in pursuit of its policy of compelling registrants to accelerate loss contingency disclosures. The SEC filed against RPM International, Inc. and its general counsel, Edward Moore, alleging the failure to disclose a material loss contingency and record an accrual as a result of the filing of a qui tam complaint against RPM and a subsidiary and a resulting Department of Justice investigation. RPM International doubles down on the SEC’s effort to require earlier disclosures of loss contingencies based upon internal evaluations without waiting for the classic internal triggers of a government demand or notice of a pending action by the government. Click to read the full Client Advisory.