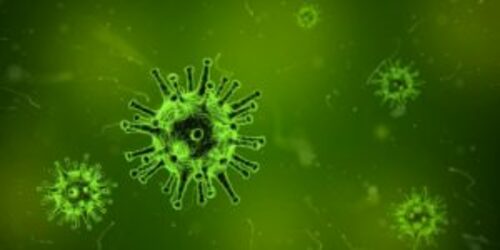 The transition away from LIBOR was born from the financial crisis.  For years regulators have been pushing for an alternative to the dominant market benchmark.  The underlying market was illiquid.  The rate was set by opinion, not transactions.  It was easily manipulated.  It was set by only the largest of financial institutions.  In the U.S., SOFR—the secured overnight funding rate—has been designated as the LIBOR replacement.  In many ways, it cures the ills of LIBOR.  The underlying market is liquid and the rate is set by actual transactions.  But in many ways it is wholly dissimilar to LIBOR.  Prime among these differences is that it does not reflect a bank’s cost of funds.  Many of us participating in the debate around the LIBOR transition have argued that in a crisis, this fundamental difference would create significant stress for financial institutions at a time when they could least manage it.  The current COVID-19 pandemic and the resulting economic turmoil may be about to test that theory just before LIBOR is about to disappear.

LIBOR is designed to be a rate “at which large, leading internationally active banks with access to the wholesale, unsecured funding market could fund themselves . . . .”  In other words, it is designed to reflect a bank’s cost to borrow funds.  The rate is based on their credit worthiness, not the collateral they are willing to put up.  In times of crisis, this rate would be expected to increase.  When used as a reference rate, this allows financial institutions to receive returns that adjust in line with their cost of funds.

The Fed describes SOFR as “a broad measure of the cost of borrowing cash overnight collateralized by Treasury securities.”  There is no component tied to the costs associated with a bank’s borrowing costs.  Small and regional financial institutions have repeatedly decried this failure and how it makes SOFR unworkable.

The Fed has direct access to the SOFR market and has repeatedly stepped in to intervene when pricing became tumultuous.  This includes an announcement by the Fed on March 11th:

As a result of this type of intervention and the fact that it is backed by treasuries, SOFR is unlikely to rise at the same rate as LIBOR would during a financial crisis.

Static spread adjustments are unlikely to address this.  “Both ISDA and the ARRC will use ‘static’ spread adjustments; in other words, this spread adjustment would be calculated once at LIBOR cessation.”  The limitations of this approach are obvious.  After that first day, it is unclear whether SOFR plus the static spread would ever match LIBOR had it continued and in fact there is no attempt to do so.  The problem with using a dynamic spread adjustment—an adjustment that would change over time is that it is unclear how it could be calculated without using methodology similar to LIBOR.  In the ordinary course, this is unlikely to matter.  The ARRC has demonstrated that static and dynamic spreads perform very similarly over time.

But what happens in a time of crisis—when the costs of borrowing for financial institutions far exceeds SOFR even with a static spread and financial institutions experience stress from many different angles.  We may be about to find out.  And we should not ignore these lessons as we transition away from LIBOR.