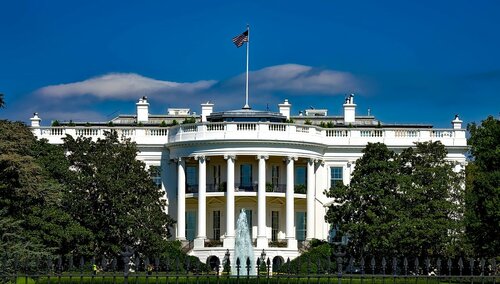 President Biden signed an executive order today setting forth an agenda across the U.S. government to address risks related to cryptocurrencies while encouraging continued innovation around digital assets and funds transfer and payment systems. The order represents an acknowledgement by the Biden administration of the prevalence of cryptocurrencies in the U.S. and global economies and their ability to facilitate access to financial services within traditionally underserved communities. The order conveys a need for the U.S. to keep up with these technological advances while addressing cryptocurrency risks in order to continue as a leader in the global financial system. The price of bitcoin, the largest cryptocurrency, surged as details of the order became available.

The executive order is unlikely to result in any near-term changes related to cryptocurrency regulation and development. The order does not indicate which agency will regulate cryptocurrency, strays far from a crackdown on the market, and likely delays any policy decisions until after the midterm elections.

Instead, the order highlights risks associated with cryptocurrency, including consumer and investor protection, stability in the financial markets, illicit finance and national security, and potential negative climate impacts. The order primarily seeks to tackle these risks through policy recommendations by the Department of the Treasury, Financial Stability Oversight Council (FSOC), and others. The order directs certain reports within 180 to 210 days of its issuance, including by the following:

The order also encourages the chairs or directors of the relevant independent agencies to consider how the measures within their respective jurisdictions for privacy, consumer protection, and investor and market protection may address these risks and whether additional measures are needed.

Recognizing the heightened risk of financial related crimes posed by the increasing use of digital assets, the order sets forth specific deliverables and deadlines for actions to address these finance and national security risks, both domestically and internationally. The White House fact sheet accompanying the order describes this as “an unprecedented focus of coordinated action across all relevant U.S. Government agencies.” These actions, which are to be undertaken by the Secretary of Treasury in consultation with other relevant secretaries, agency heads, and the Attorney General, include:

The Secretary of Commerce is also charged with establishing a framework to enhance the U.S.’s economic competitiveness in digital asset technologies within 180 days.

The order also highlights the “highest urgency” the Biden administration places on research and development efforts into a potential U.S. Central Bank Digital Currency (CBDC).  To that end, the order:

The order does not focus specifically on stablecoins, which were the focus of the report issued by the President’s Working Group on Financial Markets last November. It does acknowledge the prior analyses and assessments of the President’s Working Group and ongoing work of the Federal banking agencies and states that these analyses should be taken into account in the report by Treasury and FSOC.

The primary takeaway from the order is the legitimacy it appears to give to cryptocurrencies’ role in the American economy and the Biden administration’s commitment to promoting efforts to further that role while addressing the many risks associated with cryptocurrencies. While concern that cryptocurrencies may facilitate the evasion of sanctions related to the Ukraine war may serve as a prominent reminder to Congress of the need for a holistic legislative and regulatory framework for digital assets, the ultimate timeline for completing the development of that framework remains unclear.