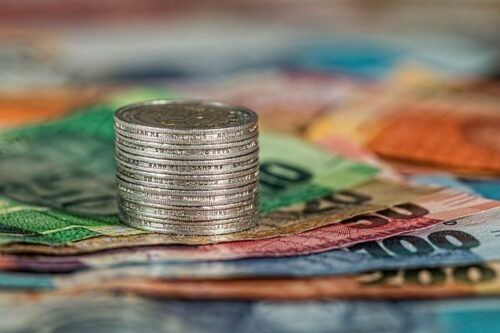 The U.S. Department of the Treasury (“Treasury”) recently published a proposed rule that would modify the mandatory filing requirements in place throughout the pilot program for certain foreign investment transactions subject to review by the Committee on Foreign Investment in the United States (“CFIUS”) pursuant to the Foreign Investment Risk Review Modernization Act of 2018 (“FIRRMA”). The proposed rule modifies the mandatory filing requirement for “critical technologies” transactions involving a U.S. business that produces, designs, tests, manufactures, fabricates, or develops one or more critical technologies, as well as clarifies when a foreign interest has a “substantial interest” in a company.

Importantly, the proposed rule does not modify the definition of “critical technologies,” but rather modifies the manner in which transactions qualify as requiring a mandatory filing based on the need for U.S. government authorization as opposed to using the North American Industry Classification System (“NAICS”) code criteria. Under the proposed rule, the trigger for the mandatory filing requirement would depend on whether or not U.S. export licenses are required for shipments of a U.S. target’s products or technology to a foreign investor’s country of origin. This would replace the current system in which the determination of whether a filing is required is determined by whether the U.S. company engages in certain activities related to a critical technology in one of 27 industries identified in CFIUS regulations based on their classification under the NAICS. Although the proposed rule may provide greater clarity regarding which transactions involving critical technology businesses will be subject to mandatory filings, it likely will disproportionately increase mandatory filings for investors from countries subject to more rigorous U.S. export controls (e.g., China).

The proposed rule also makes clarifying edits to the definition of “substantial interest”—which is relevant for determining whether transactions involving foreign government interests are subject to mandatory filing requirements. Under the proposed rule, the focus of the analysis of a “substantial interest” moves away from a strict voting percentage analysis, and adds in another qualifying layer that the general partner, managing member, or equivalent also primarily directs, controls, or coordinates the activities of the entity. This revision offers significant relief for majority interest holders that do not primarily manage the activities of the company.

The Treasury is accepting comments on the proposed rule through June 22, 2020.

CFIUS is an interagency committee chaired by the Treasury and tasked with evaluating certain foreign investments and transactions for national security-related concerns. In connection with these reviews, and as advised by CFIUS, the President may suspend or prohibit a transaction when there is credible evidence that the transaction may threaten national security. Thus, failing to receive CFIUS’s approval of a transaction can subject that transaction to substantial risk if national security concerns are determined to be involved. On the other hand, once CFIUS approves a transaction, that transaction generally will not be subject to further review unless false, incomplete, or misleading information was provided to CFIUS during the review and approval process.

Originally, CFIUS’s authority to review transactions was limited to transactions pursuant to which a foreign person would obtain control over a U.S. business. FIRRMA maintains CFIUS’s jurisdiction over such transactions and broadens CFIUS’s authority to review other investments and transactions for national security concerns. In October 2018, the Treasury issued regulations as the first part of a phased implementation of FIRRMA. Those regulations launched a pilot program implementing CFIUS’s expanded jurisdiction over certain non-controlling foreign investments in U.S. businesses involved with critical technology that did not take effect upon FIRRMA’s enactment. They also established mandatory filing requirements in connection with such transactions. As discussed in our related February 12, 2020 post, the Treasury issued additional regulations earlier this year implementing significant changes to CFIUS’s jurisdiction and review process as follows:

Under the proposed rule, parties would have the option to make the required filing either by a short-form declaration or a full notice, for any foreign investment transaction involving a U.S. business that produces, designs, tests, manufactures, fabricates, or develops one or more critical technologies for which “U.S. regulatory authorization” would be required for the export, re-export, transfer (in-country), or retransfer of such critical technology to a foreign person that is a party to the transaction.

“U.S. regulatory authorization” is defined to mean any authorization that is required under the following U.S. export control regimes:

Generally, qualifying for a license exemption under the ITAR or the EAR is not sufficient to avoid the mandatory filing requirement. However, the proposed rule specifies a few exceptions. In particular, a U.S. regulatory authorization is not required if satisfied by eligibility for any of three license exceptions in the EAR:

In determining whether a U.S. regulatory authorization would be required, CFIUS will consider:

Clarifications to the Definition of “Substantial Interest”

As stated previously, the proposed rule provides greater clarity regarding which transactions involving critical technology businesses will be subject to mandatory filings. The prior industry analysis test was widely viewed as ambiguous and difficult to administer. The proposed rule may also increase the number of mandatory filings required because the trigger for transactions involving critical technology businesses is no longer tied to a U.S. business’s connection to certain industries. Investors from countries subject to more rigorous U.S. export controls (e.g., China) will find more of their investments to be subject to mandatory filings. Conversely, investors from countries subject to lighter U.S. export controls (i.e., countries that are close allies of the U.S.) may see some relief. We will continue to track CFIUS-related developments.