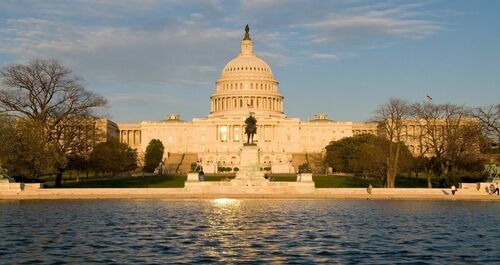 The True Lender Rule, which became effective December 29, 2020, provided that a bank would be deemed to have made a loan if, on the date of its origination, the bank either (1) is named as the lender in the loan agreement, or (2) funds the loan. In proposing the rule, the OCC indicated that it was necessary to resolve uncertainty in determining when a bank is deemed to have made a loan. This determination is an important step in identifying laws that may be applicable to the terms of loans, including differences in terms that may be applicable to loans made by national banks and loans made by bank/non-bank relationships (including bank relationships with fintechs).

Supporters of the rule cited the clarity it provided in establishing a consistent, nation-wide standard covering bank/non-bank loan origination relationships. Critics of the rule argued that it would provide non-bank predatory lenders the ability to circumvent state interest rate usury limitations otherwise applicable to their lending by simply adding a bank as a named party to loan documentation (referred to as “rent-a-bank” or “rent-a-charter” arrangements), particularly when the bank had little or no economic interest in the loan. While a non-bank lender would be subject to state-by-state usury laws, national banks are authorized under Federal law (12 U.S.C. 85) to charge, nation-wide, interest rates on loans that are permissible under the laws of the state where the bank is located (this is known as interest rate exportation). The OCC sought, unsuccessfully, to address rent-a-bank concerns with the rule by emphasizing the lending compliance responsibilities and safety & soundness expectations of the banks under its supervision. With the repeal of the rule, the determination of the “true lender” of a loan, and therefore the laws that may be applicable to its terms, will again be subject to divergent standards, with some courts looking primarily to legal documentation and others looking to different fact-intensive, multi-pronged economic interest tests.

So, what are the implications of the repeal of the “true lender” rule? For some parties to these bank/non-bank relationships, the uncertainty that results from the absence of a clear, national standard governing applicable terms to their loans (such as any interest rate caps) could lead to increased reluctance to continue, or to enter into new, relationships. Others, however, may determine that the benefits of these arrangements outweigh any additional operational complexity and litigation risk resulting from the absence of a uniform standard. Given, however, that the rule was only implemented in December 2020 and that its repeal was anticipated, many institutions would not have significantly changed their practices in reliance on the rule. For banks that do not leverage these types of relationships with non-banks, the repeal may have little or no impact. Repeal of the rule should also resolve federal court challenges to the rule filed by several state attorneys general in January of this year (State of New York et. al. vs. OCC).

It is worth noting that the repeal of the “true lender” rule does not have direct implications on rules finalized by the OCC and FDIC last year to address heightened uncertainty in the market-place around the continued validity of the “valid when made” doctrine, which provides that the sale or transfer of a loan made by a bank under Federal law has no impact on the permissibility of the rates the non-bank purchaser of the loan is entitled to continue to charge the borrower. The Second Circuit Court of Appeals created uncertainty in the secondary credit markets when it held in Madden v. Midland Funding that a non-bank purchaser of a loan originated by a bank is not entitled to rely on the interest rate provisions of the National Bank Act, which were discussed above and permit a national bank to “export” interest rates on a loan that are permissible under the laws of the state where the bank is located. Both the OCC and FDIC sought to reassert the validity of “valid when made” by issuing final rules confirming that the interest on a loan permissible under Federal law is not affected by (remains valid following) its subsequent sale or transfer. Neither the OCC Final Rule nor the FDIC Final Rule were subject to the same CRA review and challenge as the “true lender” rule, and both remain effective (these “valid when made” rules fell outside of the look-back timeframe allowed for congressional review of rulemakings under the CRA). We note, however, that the rules are the subject of separate legal challenge by several states (State of California et.al. vs. FDIC and State of California et.al. v. OCC).

We may not know for some time whether a single national “true lender” standard eventually develops through the court system or the ultimate outcome of state legal challenges to the OCC and FDIC “valid when made” rules, but we do know that lenders will continue to face vigorous litigation efforts by the states to apply their own laws wherever possible to lending arrangements between banks and their customers. The preemption battle is an old one, but its particulars are evergreen. It would be prudent for all financial institutions to review their lending portfolios with an eye to these preemption challenges to better understand their exposure to resulting potential state law claims.