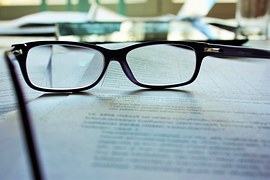 Protections for Investigation Materials Remains in the Eye of the Beholder
October 20, 2017  By: Neil T. Bloomfield

One of the most problematic questions facing companies simultaneously undergoing a review by external counsel and responding to a government inquiry is whether the information shared with or created by counsel will be protected from discovery in follow on civil litigation.  Unfortunately, despite significant efforts to shield this information, the answer often depends on where the litigation is brought and this fact has only been crystalized by recent decisions from courts in the Second Circuit and the U.K.

Judge Batts in In re: Ex Parte Application of financialright GmbH, 2017 WL 2879696 (SDNY June 23, 2017) (Volkswagen) reaffirmed the position within the Second Circuit that the disclosure of privileged information outside an ongoing litigation does not necessarily result in the waiver of the attorney-client privilege.  In Volkswagen, Judge Batts gave limited consideration to the potential application of the law of privilege from Germany before determining that New York law would apply. She then held that plaintiffs’ subpoena seeking “all documents and communications concerning [the] external investigation of Volkswagen including but not limited to reports and drafts of reports” and “all document that [the law firm] received, found, or took from Volkswagen concerning [its] external investigation” was overly broad and unduly burdensome.

In declining to find a waiver where information was shared with the government, Judge Batts explained that VW entered into an agreement with the DOJ “to preserve VW’s claims of attorney-client privilege and work product protection for information disclosed to DOJ in the course of that cooperation[.]” The Second Circuit “has declined to adopt a ‘rigid rule’” on waiver where a party has shared information with the government pursuant to such an agreement and the court would not find a wavier in this case.

Unlike the Second Circuit, the Fourth Circuit has consistently held that the disclosure of information to the government—even outside the context of a litigation—results in the waiver of privilege.  The Fourth Circuit’s rationale for finding waiver is that the disclosure of privileged information to persuade the government is a testimonial use of privileged information that warrants a full subject matter waiver. In re Martin Marietta Corp., 856 F.2d 619, 623–24 (4th Cir. 1988).  For a more detailed discussion of the differences between the modern view of privilege used by the Second Circuit and the classic view of the privilege most prominently asserted by the Fourth Circuit, see Navigating Implied Waiver of the Attorney-Client Privilege After the Adoption of Federal Rule 502 the Federal Rules of Evidence.

English courts have taken this a step further by concluding that the information gathered as part of an external investigation was never privileged.  In assessing an investigation of Royal Bank of Scotland, the English High Court found that outside counsel’s notes from their interviews with current and former employees were not privileged. These employees are not within the narrow definition of “client”, which meant the interviews were not attorney-client communications.  The Court applied U.K. privilege law despite the fact that RBS had retained a U.S. law firm that provided Upjohn warnings to the interviewees.  The Court did find, however, that notes reflecting outside counsel’s opinions or advice to the client would still be protected.

In a case this year, the English High Court ruled that a criminal investigation by the SFO is not an adversarial litigation for purposes of determining whether the U.K.’s version of attorney work product would apply.  The Court also found that the materials could not be protected because the dominant purpose was not a future criminal proceeding, but instead was to investigate whether there was any truth to the whistleblower’s allegations and to prepare for future investigation by the SFO.  The fact that the company intended to show the vast majority of the information to the government was also fatal to its claim for privilege.  Finally, the Court found that outside counsel’s factual findings resulting from its investigation are not be protected. In Serious Fraud Office (SFO) v Eurasian Natural Resources Corporation Ltd [2017] EWHC 1017 (QB) (08 May 2017)

In an environment where many investigations involve cross-border issues, there is a need to consider whether the information provided to and prepared by outside counsel during the course of an external review will be protected from discovery.  Careful planning from the beginning is required to provide the best chance at preserving the privilege and to prepare for the possibility that the information may need to be produced.