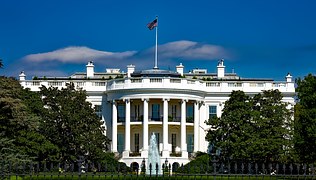 By John Fagg, Nader Raja, and Kristen Kenley.  On July 11, 2018, pursuant to a Presidential Executive Order, the Department of Justice announced the formation of a new multi-agency task force on Market Integrity and Consumer Fraud that will focus on combating consumer and market fraud.  Deputy Attorney General Rod Rosenstein, who will chair the new task force, unveiled plans for the initiative at a press conference that brought together top regulators at the Department of Justice, the Securities and Exchange Commission, the Consumer Financial Protection Bureau, and the Federal Trade Commission.  The task force replaces a similar initiative established by the Obama administration in the wake of the 2008 financial crisis, the Financial Fraud Enforcement Task Force.  This new task force, however, also focuses on fraud on individuals (e.g., retail customers) and the government, and expands enforcement efforts into other areas, such as cybercrimes.

According to President Trump’s Executive Order, the task force will provide guidance for the investigation and prosecution of cases involving (i) fraud on the government, the financial markets, and consumers, including cyber-fraud and other fraud targeting the elderly, service members and veterans, and other members of the public; (ii) procurement and grant fraud; (iii) securities, commodities, and other corporate fraud, particularly fraud affecting the general public; (iv) digital currency fraud; (v) money laundering; (vi) health care fraud; (vii) tax fraud; and (vii) other financial crimes.

The task force also will provide recommendations to the Attorney General on fraud enforcement initiatives across the Department of Justice and on other matters determined to be important in the investigation of prosecution of fraud and other financial crimes.

In addition, the Executive Order authorizes the task force to make recommendations to the President, through the Attorney General, related to efforts to improve the investigation and prosecution of fraud and other financial crimes, including: (i) enhancements to cooperation among agencies; (ii) enhancements to cooperation among and Federal, State, local, and tribal authorities; and (iii) changes in rules, regulations, or policy, or recommendations to the Congress.

At the press briefing announcing the new task force, Deputy Attorney General Rosenstein commented that government departments and agencies “can achieve more effective and efficient outcomes” by “working together.”  The Department of Justice plans to utilize “pooled resources, including subject-matter expertise, data repositories, and analysts and investigators” to “identify and stop fraud on a wider scale than any one agency acting alone.”  SEC Chairman Jay Clayton voiced his support of the task force and its focus on enforcement related to the retail market stating that “[s]erving and protecting Main Street investors is my main priority at the SEC.”  Chairman Clayton also spoke in support of cross-agency coordination in stating “[w]e recognize that close partnerships with our fellow regulators and law enforcement agencies are vital to helping us detect and respond to fraud.”

The focus on inter-agency coordination related to the investigation and prosecution of fraud and other financial crimes is likely to benefit companies in highly-regulated industries.