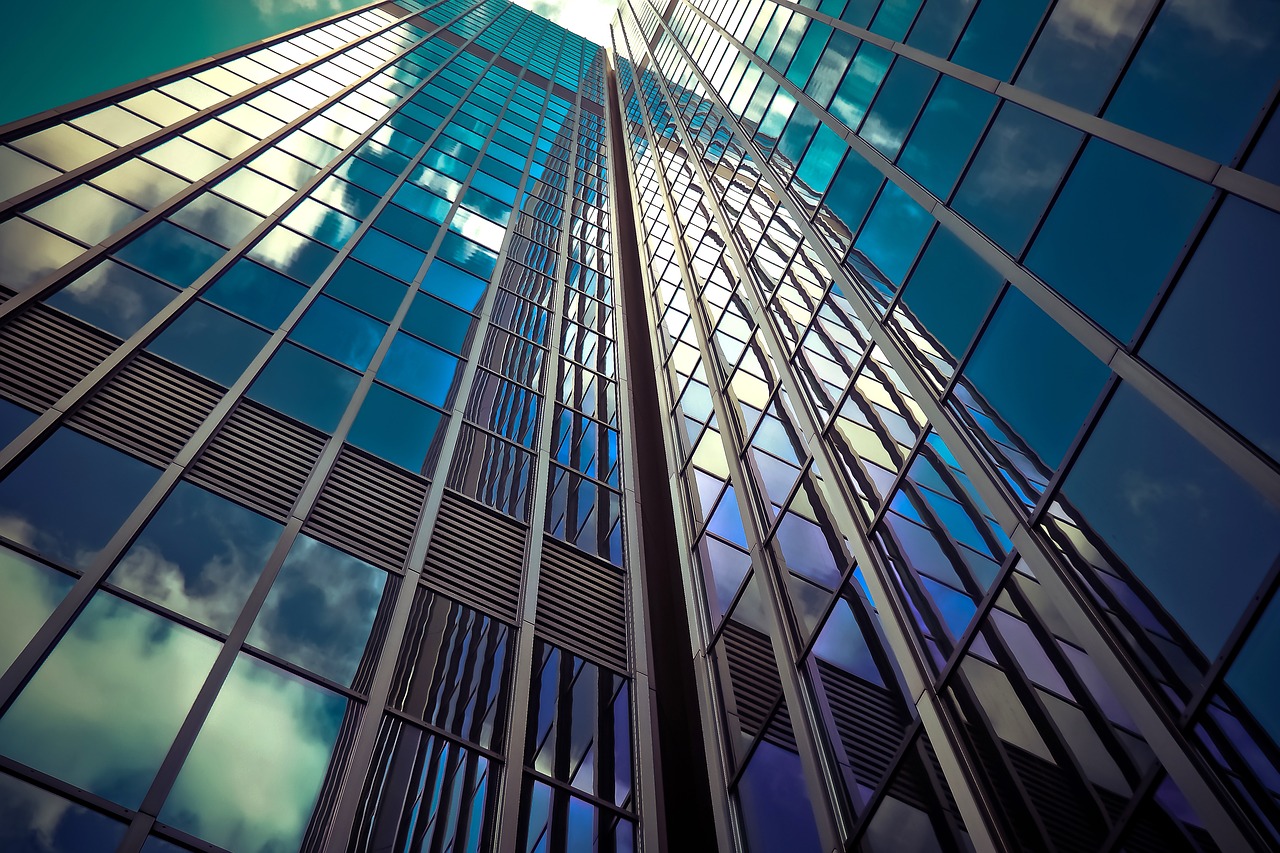 Wednesday, the ARRC announced (HERE) the expectation to endorse CME’s Term SOFR in late July or early August. One of the bigger pieces to this announcement is the announcement that U.S. regulators will also permit Term SOFR Swaps, when one of the parties is an “end-user”. When looking only at the loan market, what new reference rate will be the most common? Term SOFR, BSBY or one of the other SOFR rates? A few thoughts below, but at this point I think Lenders need to begin considering how rate options will be discussed with Borrowers. We have worked with clients to develop guidance on this topic, which is complicated given there are issues with such discussions under bank regulations and CFTC swap regulations.

If this is something Moore & Van Allen could assist with, please let me know.

Issues with Term SOFR Swaps – Dealers will have mismatch issues

Although a Lender will be able to package a Term SOFR Loan and Term SOFR Swap, the Lender will now be hedging the Term SOFR Swap with a SOFR compounding in-arrears swap. There will be a mismatch here. This mismatch may increase the costs (i.e., increase the Fixed Rate) on a Term SOFR Swap, so that the Lender can capture some profit that will be used to cover risks associated with this mismatch. Alternatively, a Lender may find other methods to internalize this risk. Overall, this should be top-of-mind for Lenders to determine how this mismatch will be addressed. The Floating Amount received by a Swap Provider based on SOFR Compounding In-Arrears should be close to the amount owed by the Swap Provider on a Term SOFR payment amount for a similar tenor/calculation period, but it will not be 1-for-1.

BSBY – No mismatch, but liquidity is still uncertain

BSBY should not have the mismatch risk – i.e., the Floating Rate in the Borrower’s swap and the dealer-market swap can be the exact same. However, it is still uncertain what liquidity will look like in the Dealer-to-Dealer Market, which impacts pricing. SOFR benefits from the ARRC’s support and the CFTC’s “SOFR First” best practices, which should promote the growth on a SOFR swaps market. Even if Term SOFR Swaps have a mismatch risk, and this risk impacts pricing, it could be the case that the pricing impact is minimal due to SOFR-liquidity already creating tighter spreads and lower pricing. Lastly, if SOFR swaps have a clearing requirement, and BSBY swaps are never cleared, this could greatly impact the market too. I know banks tend to prefer hedging their portfolio of Borrower-facing swaps with cleared swaps, but if BSBY swaps are not clearable, this may or may not impact the adoption of BSBY. Since exchange traded swaps really go hand-in-hand with clearing, the exchange trading of SOFR swaps could further benefit SOFR pricing.

In short: BSBY will not have mismatch risk. In the Dealer-to-Dealer Market, SOFR may have greater liquidity and are clearable. It will be interesting to see which has better pricing for Borrower-facing swaps. Also, noted further below, maybe Dealers will not hedge a BSBY swap differently than a Term SOFR – i.e., both Borrower swaps are priced based on the Fixed Rate in the Dealer-to-Dealer SOFR Market? If that is the case, maybe the “Fixed Rate” of the Borrower’s swap is agnostic to whether the Floating Rate is BSBY or Term SOFR?

Small Banks – Can they use Term SOFR in swaps with their Dealer+Liquidtiy Provider?

Some background: Small banks can elect a clearing exemption, generally referred to as the “End-User Clearing Exemption”. Also, many of these small banks really do execute 1-for-1 between a Borrower’s swap and the small bank’s hedge that is counterparty to a Swap Dealer.

The issue here, is that the ARRC did not state in its Conventions or Scope of Use Cases how they are going to define “end-users”.

The above issue is really much broader. There are Treasury Affiliates, special securitization vehicles, cooperatives and other entities that are in the business of predominately engaging in financial activities, but think of themselves as “end-users”.

Not all end-users make widgets. The more recent margin rules for swaps have expanded out what buyside entities believe themselves to be eligible for treatment as an “end-user”. We should get more clarity on this point, and I would expect/hope it tracks those buyside parties exempt from the U.S. swap margin requirements.

Small Banks will use BSBY?

If Small Banks are not qualifying as “end-users”, then I would expect them to prefer BSBY. Not only does it more closely match their cost of funds, but (1) they will want a 1-for-1 match and (2) they likely will not have systems in-place to confirm any compounded in-arrears calculation or otherwise just prefer to not have cash flow management based on this sort of floating rate calculation.

Credit Sensitive Rates other than BSBY?

I just have not seen much in Ameribor. Honestly, all these talking points about BSBY apply similarly to any other CSR such as Ameribor, but at this point it seems like other CSRs are not picking-up, which also means it is more likely they will have a higher cost to hedge. So, rather than constantly refer to “Credit Sensitive Rates”, I am sticking to BSBY in the event there are unique nuances to this rate.

I have been on various industry calls and the view: There is no regulatory risk with BSBY – i.e., no bank or other regulator is going to make BSBY illegal or otherwise go away, in an effort to promote SOFR. It seems like many people other than me were also very critical of Gensler’s comments as being misleading/inaccurate.

Any other reasons to prefer BSBY vs Term SOFR, or vice versa?

Yes. If only focused on a loan portfolio, Term SOFR will (likely) always be lower, but that is why the “SOFR Adjustment” is there. Lenders may want to start to compare how BSBY vs Adjusted Term SOFR Rate compare. That could be helpful information for a lending desk when talking to Borrowers. Alternatively, if we ever do see rates rise, then BSBY may be higher than an Adjusted SOFR agreed to during a low interest rate environment.

With all that said, people much smarter than me have very likely already thought this one through and can discuss forward looking curves for both rates.

SOFR is also manipulated by the Federal Reserve, so in times of stress the Fed can force this rate to drop and keep the rate there. The SOFR Adjustment is intended to help with this, but the interest rate environment over the last 5 years (the time period the adjustment is based on) is unique if considering a longer window. In past emails, I have talked about market shocks where SOFR drops below the cost of funding, but it should also be noted that SOFR is not so much a rate purely based on free market activities, but is one that the Fed can manipulate and has before (HERE). If Jay Pow continues to make the Fed’s printers go brrrrr, he and future Feds will keep SOFR low.

An artificially low SOFR could negatively impact a loan portfolio that could otherwise better perform if the same loans were priced based on BSBY or other CSR. On the flipside, the more an institution has exposure to swaps, the lower rate environment would increase the likelihood that the Borrower-facing swaps are in-the-money to the banks (but the bank’s portfolio hedges are out-of-the-money, so this may be a wash).

Overall, the more I look and think about the two rates, it seems like a bank is “best positioned” if it has both SOFR and BSBY exposure.

On the swaps, if BSBY and Adjusted Term SOFR are supposed to roughly track each other (because both are an approximation of LIBOR), maybe a swap desk gets comfortable with not caring if the Borrower swap is Term SOFR or BSBY for pricing purposes, because any effort to hedge/price that risk will depend on the Fixed Rate in the Dealer-to-Dealer SOFR Compounding In-Arrears market?

For right now, maybe it is best to not put all your eggs into one basket.