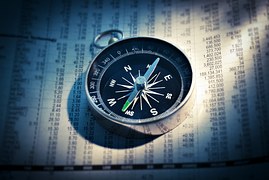 Transitioning Away from LIBOR: What Is Coming and What Can We Do Now?
April 2018  By: Neil T. Bloomfield, Elena F. Mitchell

By Neil Bloomfield and Elena Mitchell.  The potential transition away from LIBOR has raised significant concerns in the financial markets, including whether LIBOR will end in 2021, what may replace it, what fallback language should be included in contracts in the interim, and how transition risks can be managed.  I was fortunate enough to participate in a recent panel entitled “LIBOR and the Potential Replacement Reference Rates: Where Do We Go from Here?” which was held at the University of North Carolina’s Banking Institute on Thursday, March 22, 2018.  The panel was moderated by Joaquin M. Sena, the head of Bank of America’s Regulatory Inquiries Group, and, in addition to myself, the panelists were Ann Battle of the International Swaps and Derivatives Association, Inc. (ISDA), David Bloom of SunTrust Banks, Inc., Raymond Check of the Federal Reserve Bank of New York, and Harriet Hunnable of the U.K. Financial Conduct Authority (FCA).

LIBOR is the reference interest rate for millions of contracts worth more than $240 trillion.  LIBOR rates are calculated for seven borrowing periods ranging from overnight to one year, calculated for U.S. Dollar, Euro, Pound Sterling, Japanese Yen, and Swiss Franc, and published each business day.

Manipulation plagued the benchmark coming out of the financial crisis.  Problems first came to light during the 2008 financial crisis, with reports of attempts by traders to manipulate the submissions used to calculate LIBOR.  Ultimately, U.S. and U.K. regulators fined more than a dozen institutions, including four banks that were each fined more than $1 billion.

Following the financial crisis, banks’ use of the underlying interbank market has begun to dry up.  Financial institutions have shifted to repos, bonds, and other forms of financing.  As a result, there is now a very low volume of transactions on which banks can base their LIBOR submissions and banks must instead rely upon their “expert judgment” when formulating their LIBOR submissions.[1]  This lack of liquidity presents challenges, especially when considering International Organization of Securities Commissions (IOSCO) Principles for Financial Benchmarks, which call for transaction-based benchmarks.

The FCA and ICE Benchmark Administration are aware of the concerns with LIBOR and a global effort has been underway to find new benchmark rates that are alternatives to LIBOR.  On July 27, 2017, Andrew Bailey, chief executive of the FCA, made an announcement that has been interpreted by the market as a sign LIBOR will cease to exist after 2021.  J. Christopher Giancarlo, Chairman of the CFTC, and Jerome Powell, Chairman of the Federal Reserve, have also voiced support in favor of decreasing reliance on LIBOR.

Potential Alternatives to LIBOR in the U.S. and U.K.

In 2014, in response to mandates from the G20’s Financial Stability Board and the U.S. Financial Stability Oversight Council, the Federal Reserve created the Alternative Reference Rates Committee (ARRC) to identify alternative reference rates more closely tied to actual transactions that comply with standards such as the IOSCO Principles for Financial Benchmarks.  After examining six alternative rates, the ARRC settled on a rate based on overnight repo transactions on U.S. Treasury securities as its USD preferred LIBOR alternative.  This new rate, the Secured Overnight Funding Rate (or SOFR) began being produced daily by the New York Federal Reserve Bank in conjunction with the federal government’s Office of Financial Research on April 3, 2018.  SOFR has the benefit of being tied to a significantly more active market than LIBOR, and does not involve submissions based on “expert judgment.”[2]

In the U.K., the SONIA Working Group selected Reformed SONIA, the Sterling Overnight Index Average, as its GBP preferred alternative to LIBOR in April 2017.  SONIA is administered by the Bank of England and is a rate based on actual transactions in the U.K. overnight unsecured lending and borrowing market.  SONIA is already a widely used benchmark, and is used as the reference rate for the sterling Overnight Indexed Swap market.  Like SOFR, Reformed Sonia will not involve submissions based on “expert judgment.”

There are challenges to both SOFR and SONIA as LIBOR replacements.  Under the current approach, different rates formed in different countries will be required for each of the five currencies in which LIBOR is currently quoted.  SOFR and SONIA are overnight rates only, as opposed to LIBOR which is quoted for multiple terms out to one year.  Market participants also will need to understand the economic differences between LIBOR, which includes a bank credit risk premium, and SOFR and the other alternative rates, which do not.  Finally, the volume of transactions using these rates must grow, and actively traded markets using these new rates must develop.

Andrew Bailey of the FCA has also encouraged an analysis of whether it would be possible to create a “synthetic LIBOR” amounting to “a risk-free rate plus an add-on” to serve as a legacy benchmark for transactions that exist before language is accepted that will transfer the reference rate to these new benchmarks.  However, it is unclear at this point whether this concept will be developed by the market.

What Should the Market Do Now?

Institutions must manage the legal risk associated with the LIBOR transition by identifying and reviewing all LIBOR-related contracts to assess how they will be impacted by the LIBOR transition.  Consideration will need to be given to a variety of factors, including whether the risks can be effectively hedged without LIBOR, and how different alternative rates may impact the institution’s balance sheet.

Another issue to consider with existing contracts is determining what they provide for a fallback rate if LIBOR is unavailable.  This fallback language was likely designed for a temporary cessation of LIBOR and may not be appropriate for a time when LIBOR ceases to exist.[3]

Going forward, institutions will need to address how they will structure LIBOR-based provisions in their contracts by, for example, providing for a fallback rate to LIBOR or method of determining such a fallback rate that includes SOFR, SONIA, or another LIBOR alternative. ISDA is working on creating fallback language to use if LIBOR is permanently discontinued.[4]   For instruments other than derivatives, institutions should consider requesting a “reasonable” or “market” standard for the replacement rate, and should work with counsel or other advisors to draft fallback provisions that deal with the eventual transition from LIBOR or adoption of a new benchmark.  For credit agreements, institutions should consider adding a specific ability to amend the agreements in ways that might be necessary in the wake of a LIBOR discontinuation or the adoption of a new benchmark rate.  In the syndicated lending context, institutions should consider whether a lower than normal approval threshold for amendments to specify an alternative benchmark is warranted.  Approaches may include: (1) allowing the agent and borrower to determine the successor rate with required lenders given negative consent rights; or (2) allowing the agent to determine the successor rate in its own discretion by adopting a widely-used market alternative with a generally accepted spread to LIBOR.  Consideration also should be given to whether or not prepayment of a loan should be permitted if a replacement rate is chosen, and requesting the ability to terminate a swap upon prepayment of debt.

Institutions will also need to consider disclosure of the risks associated with the transition away from LIBOR to investors, counterparties, and clients.  Different participants in the market will have different levels of understanding of the transition and many may take issue with a change in the terms of a financial instrument if that change is perceived to be to their detriment, even if the change is necessitated by LIBOR no longer being available.

We have entered a period of great uncertainty for a fundamental market benchmark.  The first step to managing LIBOR discontinuation risk and the transition to alternative rates is to understand all of a firm’s exposures to LIBOR in both its assets and its liabilities.  For existing exposures that extend past 2021, what are the options for revising the fallback language?  What are the effects on the firm and its customers if the fallbacks remain unchanged and LIBOR ceases to be published?  For new exposures, should they be written on LIBOR with improved fallbacks, or on a new, more robust rate from the start?  In either case, what improvements should be made to the fallback language?  We expect regulatory guidance to be forthcoming and will continue to bring you updates.

[1] In fact, submissions based upon such “expert judgment” as opposed to executed transactions are estimated to make up 70% of LIBOR submissions.  See Remarks by Counselor to the Secretary Antonio Weiss at the University of Pennsylvania Law School Institute for Law and Economics, U.S. Dept. of the Treasury (Nov. 29, 2016), https://www.treasury.gov/press-center/press-releases/Pages/jl0674.aspx.

[3] For derivatives, the first fallback is to get rates from reference banks in the U.K. or U.S.  Another final fallback provision requires contracting parties to use the last available rate.  Non-derivatives sometimes fallback to prime or fed funds.

[4] Since 2016, ISDA has been working to develop fallbacks that would apply upon the permanent discontinuation of LIBOR or another key IBOR.  Fallbacks would be drafted into the relevant 2006 ISDA Definitions, and would apply to transactions referencing those definitions that are entered into on or after the date the definitions are amended to include the fallbacks.  Fallback rates are expected to be the alternate rates identified for the relevant currency (e.g., SOFR for USD LIBOR and Reformed SONIA for GBP LIBOR), plus a credit spread subject to any other adjustments necessary to address the differences between the rates.