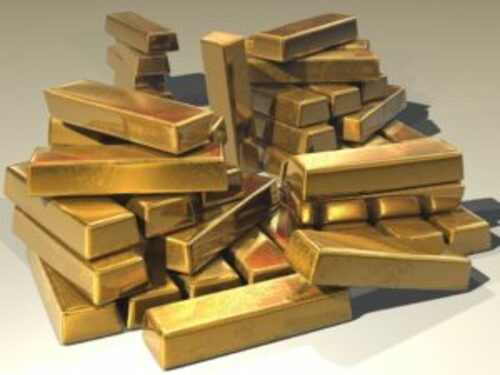 At the heart of the indictment are two types of conduct: spoofing and trading to defend or trigger barrier options.  The joint announcement and the indictment are noteworthy. First, the clearly intended message is that market manipulation, and spoofing in particular, are top priorities of the Department and the CFTC. In announcing the charges, the head of the Justice Department’s Criminal Division, Brian Benczkowski, said that the charges should leave “no doubt that the Department is committed to prosecuting” manipulation in the commodities markets.  This case is the first time in which the Department has brought charges for alleged manipulation of barrier options.

The same day, the CFTC announced a separate spoofing settlement.  Since this announcement, the CFTC announced civil spoofing settlements with six firms and a trader. The settlements variously involved spoofing and related misconduct in e-mini futures S&P 500 futures, emerging markets FX options (EFX options), and precious metals futures.  The SEC, too, is pursuing cases, announcing on October 2 the settlement of a case brought in March 2017 against Lek Securities Corp and its principal alleging they facilitated a customers’ layering of hundreds of thousands of trades to spoof the markets in “numerous” U.S. stocks and corresponding options, employing traders in Eastern Europe and Asia to do so. The case continues against the customer, dba Avalon FA Ltd., and that firm’s principals.  We expect to see additional, similar investigations into various products and markets.

The Department’s September 16 indictment is notable in a number of respects. This post will highlight just a few. First, the indictment charges more than commodities fraud, spoofing, and bank fraud; it charges the traders with violation of RICO, the Racketeer Influenced Corrupt Organizations Act, 18 U.S.C. 1962(c).  Further, the indictment charges that the RICO enterprise is the financial institution’s precious metals trading desk, including its New York, London and Singapore regional desks.

The use of RICO in a market manipulation case raises the risk profile of market misconduct for financial institutions and their employees, who must now be concerned about being the target of a potential RICO charge if the Department concludes significant misconduct has occurred over a long period and has involved multiple individuals within the financial institution.  Further, RICO has extraterritorial reach when the underlying predicate offenses occur abroad. Thus, foreign companies and foreign subsidiaries of U.S. businesses may face increased risk under RICO.

It also is significant that the Department charged the traders with carrying out the fraud and conspiracy by, in turn, “lying to and otherwise deceiving” their employer, the CME Group, and the CFTC “ to shield their unlawful activities” by making (i) false annual compliance certifications, (ii) false  responses to internal Compliance reviews of their trading practices, and (iii) (far less surprising) false responses to CME Group and CFTC investigations, asserting in all cases that their trading was in compliance with firm rules, law, and regulations.  These alleged fraudulent statements are also pleaded as predicate acts as part of the RICO charge. However, the recipients of false certifications cannot simply assume a government authority or a court in civil litigation will accept a false certification as a defense to a claim based upon the misconduct of the employee by respondeat superior, particularly without having surveillance and control systems adequate in light of a reasonable risk profile of the business.

Finally, after noting that the alleged misconduct was identified through “a combination of data analysis and traditional law enforcement techniques” and that the Department will be expanding its use of data analysis to other products and financial markets, Mr. Benczkowski emphasized that financial institutions “are best-positioned to review and surveil the trading activity of their own employees.” And, the Department expects them “to do so diligently” and “voluntarily self-disclose it to the Department, the FBI, the CFTC, and other regulators, rather than wait for us to find it on our own.” The message to financial institutions is an important one: Take a fresh look at training, trading surveillance systems (both order and transaction surveillance) and compliance controls for various business units, as well as communications surveillance. The systems can be measured against the Department’s recently updated (April 2019) guidance on compliance systems (attached), which is very general, but provides benchmark criteria that Risk, Compliance, and Legal professionals will recognize.