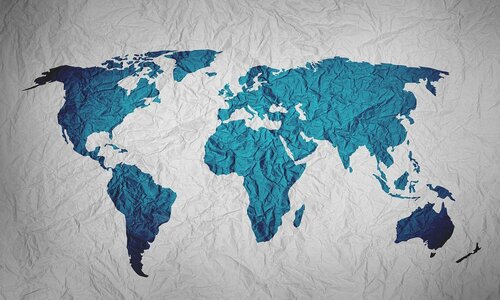 In February 2014, the Revolution of Dignity or Maidan revolution in Ukraine resulted in the ousting of Ukrainian President Viktor Yanukovych. In the months that followed, Russia annexed the Crimea region of Ukraine and supported separatist movements in the eastern regions of Luhansk and Donetsk. President Obama signed three Executive Orders in March 2014 imposing sanctions and prohibiting certain transactions because of Russia’s actions in Ukraine. Multiple Executive Orders relating to Russia followed over a period of years.

Sanctions Imposed by the United States

On February 21, 2022, President Biden signed Executive Order (E.O.) 14065 imposing sanctions in response to Russia’s actions in Donetsk and Luhansk. E.O. 14065 prohibited new U.S. investment in Donetsk and Luhansk, prohibited imports from and exports to those regions, and authorized the U.S. Department of the Treasury (Treasury) to take actions necessary to carry out the purposes of the order. On February 24, 2022, Biden delivered an address condemning Russia’s attack on Ukraine and announcing additional sanctions. The White House then issued a Fact Sheet explaining ways in which the United States, in conjunction with its allies and partners, moved to impose “severe and immediate economic costs on Russia” that included “sweeping financial sanctions and stringent export controls that will have profound impact on Russia’s economy, financial system, and access to cutting-edge technology.”

Throughout the week, Treasury’s Office of Foreign Assets Control (OFAC) imposed four rounds of sanctions. Treasury noted that its actions “buil[t] on” E.O. 14065. Each of the actions taken by Treasury, however, were technically taken pursuant to prior Executive Orders issued in 2021. With respect to Russia, E.O. 14024 of April 15, 2021 found that Russia had “violate[d] well-established principles of international law, including respect for the territorial integrity of states.” With respect to Belarus, E.O. 14038 of August 9, 2021 found that the Belarusian regime had engaged in “harmful activities and long-standing abuses aimed at suppressing democracy.”

First, on February 22, Treasury imposed “immediate economic costs in response to actions in the Donetsk and Luhansk regions.” Treasury sanctioned two Russian financial institutions: the Corporation Bank for Development and Foreign Economic Affairs Vnesheconombank (VEB) and Promsvyazbank Public Joint Stock Company (PSB), along with 42 of their subsidiaries. VEB is a state development corporation that is critical to Russia’s ability to raise funds and finance projects. PSB is a state-backed bank that finances Russia’s defense sector. Assets of VEB and PSB under U.S. jurisdiction were immediately frozen, and U.S. persons were prohibited from doing business with either entity unless authorized by OFAC, subject to wind-down transactions authorized by general licenses issued by OFAC. Certain oligarchs and their family members close to Putin were also targeted.

Third, concurrent with the February 24 sanctions on Russian entities and individuals, Treasury targeted 24 Belarusian individuals and entities in connection with Belarus’s “support for, and facilitation of, the invasion.” Those sanctions focused on Belarus’s defense sector and financial institutions. Included among the sanctioned entities were two state-owned Belarusian banks:  Belarussian Bank of Development and Reconstruction Belinvestbank Joint Stock Company (Belinvestbank) and Bank Dabrabyt Joint-Stock Company (Bank Dabrabyt).

Fourth, on February 25, Treasury imposed sanctions on President Putin and Russia’s Minister of Foreign Affairs, Sergei Lavrov. Among other things, Treasury noted that it was “exceedingly rare” to impose sanctions on a head of state such as Putin. Treasury prohibited transactions with Putin, Lavrov, and certain members of the Russian Security Council previously designated by OFAC, and required that any property owned by those individuals in the possession or control of U.S. persons be reported to OFAC.

In addition to the U.S. sanctions described above, British and European authorities, among others, have imposed similar restrictions. Over the weekend, the White House released a Joint Statement on Further Restrictive Economic Measures in which the United States, European Commission, France, Germany, Italy, the United Kingdom and Canada expressed their support for Ukraine’s “heroic efforts to resist Russia’s invasion” and committed to “hold Russia to account and collectively ensure that this war is a strategic failure for Putin.” Among other things, the joint statement indicated that unspecified “selected Russian banks” would be “removed from the SWIFT messaging system” in order to “disconnect[] [them] from the international community and harm their ability to operate globally.” The joint release also left open the possibility of sanctioning the Central Bank of the Russian Federation (Russian Central Bank).

On February 28, Treasury issued new Directive 4 under E.O. 14024 that prohibits U.S. persons from engaging in any transaction involving the Russian Central Bank, the National Wealth Fund of the Russian Federation (Russian National Wealth Fund), or the Ministry of Finance of the Russian Federation (Russian Ministry of Finance). OFAC also blocked entities responsible for managing one of Russia’s sovereign wealth funds—including the Russian Direct Investment Fund (RDIF)—as well as the RDIF’s CEO.

This patchwork of new and changing sanctions will require vigilance and monitoring from financial institutions and other entities engaged in international commerce. Complete lists of sanctioned individuals and entities are available on Treasury’s website, including in the various releases cited above. Select individuals and entities that are now subject to U.S. sanctions are listed in the appendix below. Treasury maintains a page dedicated to Ukraine-/Russia-related Sanctions that provides additional information. Statements and Releases from the White House and Press Releases from Treasury can also be expected to provide updates.

The situation in Ukraine has evolved rapidly and will continue to develop in the days and weeks ahead. Any person or entity doing business with an entity or an individual with connections to Russia, eastern Ukraine (Donetsk or Luhansk), or Belarus would be well served to review potential implications of these recent sanctions and monitor future developments. Financial institutions are particularly likely to be impacted given the focus on financing and the scope of sanctions imposed on Russian banks and assets subject to U.S. jurisdiction.

Our MVA Financial Regulatory Advice & Response and White Collar, Regulatory Defense & Investigations Team Members have experience advising clients on compliance with U.S. and international sanctions and can assist with any questions.

The lists below include select financial institutions, commercial entities, and individuals subject to recently imposed U.S. sanctions. The lists do not include subsidiaries and are not intended to be exhaustive; rather they demonstrate the scope and complexity of the sanctions discussed above.