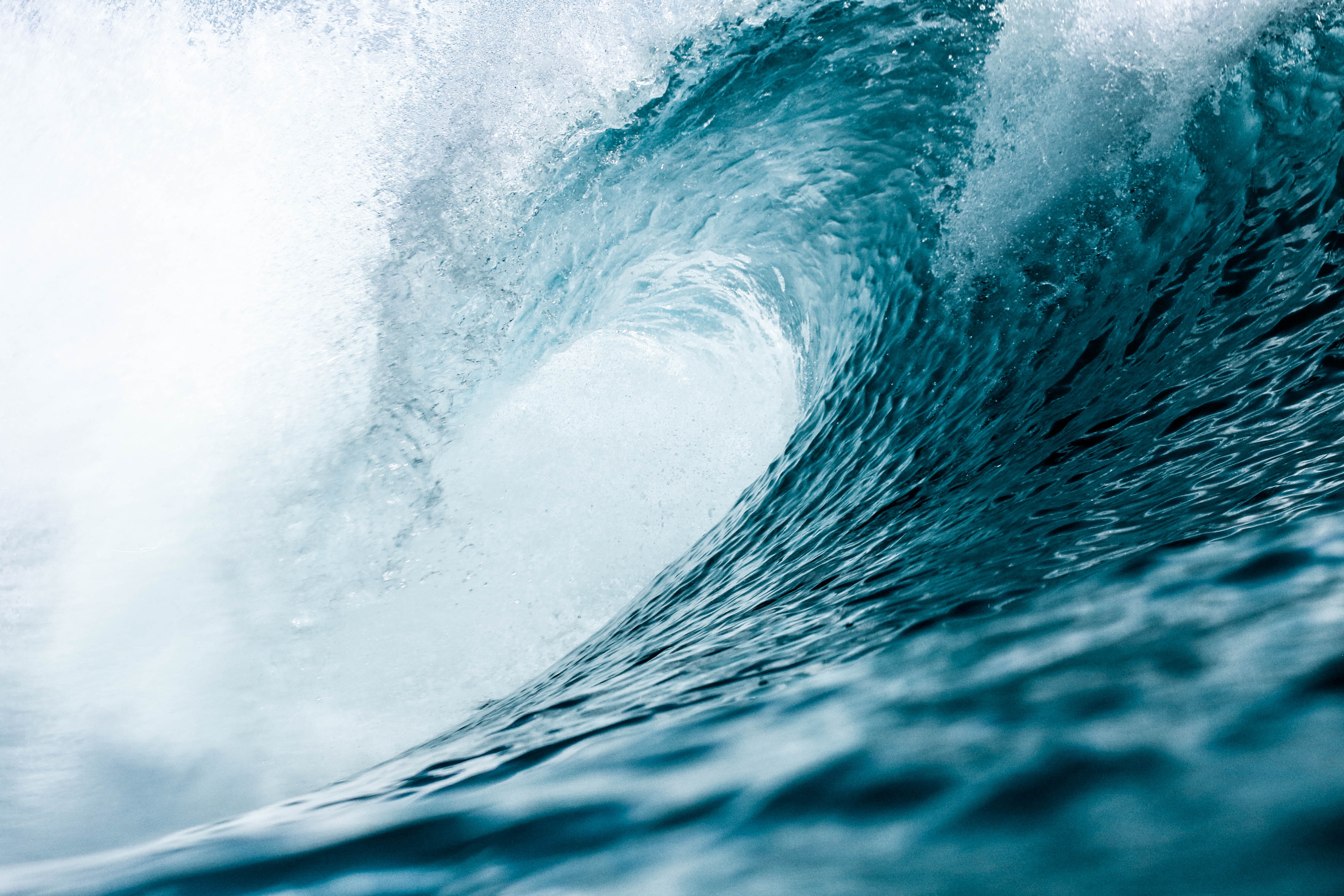 When Someone Shows You Who They Are, Believe Them the First Time:* What a Blue Wave in the House Likely Means for Financial Institutions
November 2018  By: Neil T. Bloomfield, Elena F. Mitchell, Edward P. O'Keefe

By: Edward P. O’Keefe, Neil T. Bloomfield, and Elena F. Mitchell. Elections have consequences and the recent midterm elections are no exception.  Having won the House majority, Democrats are expected to proceed with an ambitious agenda in January 2019.  Much of the focus has been on how the Democrats will use their control to scrutinize the Trump Administration, but lessons from the last time the Democrats controlled the House suggest there are also likely to be significant implications for the financial services industry in terms of proposed legislation and investigations.

The two House committees that will most impact the financial services sector are the Financial Services Committee and the Oversight and Government Reform Committee.  Representative Maxine Waters from California, the current Ranking Member of the House Financial Services Committee, is expected to chair the committee next year.  Rep. Waters has supported increased regulation of financial services firms and opposed Trump political appointees believed to favor deregulation.  For example, Rep. Waters voted against the Economic Growth, Regulatory Relief, and Consumer Protection Act, which scaled back some regulations enacted under Dodd-Frank.  Rep. Waters also publicly opposed President Trump’s nominations of Mick Mulvaney and Kathy Kraninger to the Bureau of Consumer Financial Protection.  But perhaps Rep. Waters put her position most succinctly when she said: “Make no mistake, come January . . . the days of this committee weakening regulations and putting our economy once again at risk of another financial crisis will come to an end.”

Representative Elijah Cummings from Maryland, the current Ranking Member of the House Oversight and Government Reform Committee, is expected to chair that committee.  Rep. Cummings also has opposed deregulation of banks and financial institutions, and has said he is ready to launch a number of investigations going forward.  For instance, he too voted against and publicly opposed the Economic Growth, Regulatory Relief, and Consumer Protection Act.  And he has a history of investigating financial institutions on a number of topics including, for example, mortgage and foreclosure-related abuses, swaps trading practices, and consumer data breaches.

Beginning in January, we expect that Democrats will use their power to begin numerous new congressional investigations.  The chairs of many House committees, including the Financial Services and Oversight Committees, will wield broad power to call hearings and issue subpoenas compelling the production of documents and testimony.

The Financial Services and Oversight Committees should be expected to investigate firms and institutions receiving media attention.  Reps. Waters and Cummings have already identified specific firms of interest.  If the past is any guide, firms with issues raised by the media as well as regulators should be prepared for possible House committee inquiries seeking information.

Democrats last controlled the House from 2007 to 2010.  Between 2007 and 2008, the Oversight Committee was led by Sen. Henry Waxman (D-CA), who used the committee’s authority to investigate Bush Administration activities relating to, for example, the response to Hurricane Katrina and government contracting in Iraq, and still made time to launch an investigation into executive compensation at large financial institutions.  After President Barack Obama was elected in November 2008, Rep. Edolphus Towns (D-NC) became Chair of the committee in January 2009.  Under Rep. Towns, the Oversight Committee, which included Rep. Cummings, launched congressional investigations into, among other things, a merger of large financial institutions, the Treasury Department’s handling of the Troubled Assets Relief Program (TARP), and the New York Federal Reserve’s role in the AIG bailout.

During the same period, the House Financial Services Committee, led by Rep. Barney Frank (D-MA), was active drafting legislation directly affecting the entire financial sector.  The committee held hearings in which representatives of the industry were called to testify on home lending, executive compensation, systemic risk in financial markets, and use of TARP funds.

Reps. Waters and Cummings likely also will focus on activities of financial institutions that they perceive have an unfair impact on consumers.  Recent issues related to account fraud, consumer abuse, non-bank lending, student lending, emerging financial technology, and payments will be ripe areas not only for investigations, but also for legislation.  In a statement issued in response to the 2018 midterm election results, Rep. Waters promised to prioritize “protecting consumers and investors from abusive financial practices, making sure that there are strong safeguards in place to prevent another financial crisis . . . encouraging responsible innovation in financial technology, promoting diversity and inclusion in the financial services sector, and ensuring that hardworking Americans . . . have fair access to the financial system . . . .”  Similarly, Rep. Cummings has stated that he will “continue to monitor financial institutions to ensure we protect taxpayers’ significant investment, and never again repeat the mistakes that led to the recession.”

Rep. Waters also recently called for the Financial Services Committee to investigate the conduct of the Bureau of Consumer Financial Protection and, in September 2018, proposed a bill to, among other things, put a cap on the Bureau’s number of political appointees, strengthen the Bureau’s powers, and return its name to the Consumer Financial Protection Bureau, or CFPB. Although the bill is still in the early stages of the legislative process, it could be a focus of the Financial Services Committee in 2019.  Rep. Cummings has similarly stated that he is “committed to making sure that th[e] agency has the tools it needs to protect . . . all taxpayers from the harm we saw during the recession.”

While it is unlikely that most of the legislation Democrats pass in the House will make it through a Republican-controlled Senate, it is also unlikely that any bills further deregulating the financial services industry will make it through the House without strong opposition.  The Financial Services Committee, if not also the Oversight Committee, will likely attempt to block deregulatory initiatives, and to intensify criticism in hearings of regulators and financial institutions drafting such reforms.

The expected legislative gridlock directly contrasts with how things were the last time Democrats controlled the House.  Dealing with a financial crisis in 2008, a Democratic-led House and Senate came together to pass the Economic Stimulus Act of 2008, the Federal Housing Finance Regulatory Reform Act of 2008, the Emergency Economic Stabilization Act of 2008, and, most notably, the Dodd-Frank Wall Street Reform and Consumer Protection Act of 2010.

What to Expect in the Senate

As Chair of the Senate Finance Committee, Sen. Crapo would likely attempt to usher Trump Administration nominees through Congress, and lead efforts to pass further deregulatory financial legislation.  Sen. Toomey’s agenda for the Senate Banking Committee would likely be aligned with that of Sen. Crapo.  Sen. Toomey has expressed interest in further deregulating the financial sector, scaling back the FDIC’s ability to unwind large banking firms, and reforming many Bureau of Consumer Financial Protection rules.

Potential areas of bicameral agreement could arise in some key areas for the financial services industry, however, including data security, anti-money laundering reform, and cannabis banking.

In light of the fact that congressional inquiries are almost certain to increase beginning next year, financial institutions will need to reacquaint themselves with the unique aspects of these investigations.

First, committees are empowered to investigate almost any topic.  Firms anticipating being involved in a congressional inquiry should be prepared for interviews and depositions on a broad number of topics, and to respond to equally broad letter requests and subpoenas for documents and information with short timeframes for response. Because congressional investigations often devolve into disputes about process, firms will want to make sure they both follow and document their use of best practices, including efforts to preserve and collect documentation.  A company may also assess whether or not to proactively implement changes to policies and procedures.

Second, congressional investigations are inherently and obviously political.  Committee members are elected and responsive to their constituencies and the media.  The politics at play in any investigation will be unique and may change as the investigation progresses, but a company’s success in responding will depend on an understanding of those political realities and the relevant committee’s or members’ objectives.

Third, there is no motion to quash a congressional subpoena. Likewise, in depositions, objections are typically considered by the same committee calling the deposition.  Before the courts will entertain litigation to intervene in a congressional inquiry, a company must first refuse to comply and risk congressional contempt.

Fourth, Congress generally does not recognize the attorney-client privilege or the attorney work product doctrine.  There are no guarantees of confidentiality for materials produced to Congress. While some committees and staffers may be sensitive to business and privacy concerns, firms should notify staff when serious economic harm could result from sensitive documents being disclosed. It also may be possible to negotiate a deal so that sensitive documents are not be publically released and are returned when an investigation is concluded.

Fifth, public relations and legal counsel are essential. Executives may be called to testify in highly publicized hearings to answer questions about a firm’s most sensitive matters.  Preparation is key before appearing at an initial interview, staff deposition, or committee hearing. With the assistance of competent legal counsel, firms can anticipate areas of inquiry, prepare a critical response plan, and engage strategically with Congress at the committee, member, and staff levels.  Congressional inquiries also can prompt additional investigations by the media, state and federal regulators, private litigants, and shareholders.

A return to Democratic control of the House will likely mean a return to scrutiny for large financial institutions and an end to deregulation for the sector.  Firms and individuals connected to the financial services industry should prepare for an increase in congressional investigations and accompanying negative publicity.